Song Review – Ashley Monroe’s “On To Something Good” 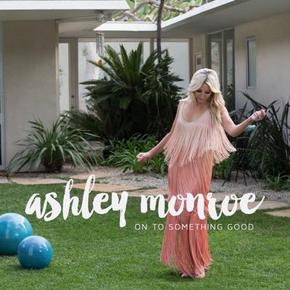 The country music female artist problem has now graduated to being measured by half decades instead of years, and really boils down to one basic fundamental concern: how the singles of female artists are selected and marketed. If you simply had songs making a big impact on radio, the problem would solve itself. But that takes the right songs being cut, the right songs being selected as singles, the willingness of labels to promote those singles, and the willingness of radio programmers to play them.

Ashley Monroe has all the assets that it takes to be a top tier female country music star, and in an environment where the industry seems to be desperately looking to anoint them. They refuse to let Taylor Swift go, they stretch to call Kelly Clarkson country, and resort to falling back on Martina McBride as the final name to fill out an award show nominee list even though her last album was R&B standards and didn’t do very well. Yet here is Ashley—a beautiful, astounding singer, excellent songwriter, known by the country music public from her work with The Pistol Annies and a recent Top 5 duet with Blake Shelton “Lonely Tonight”—yet three years into her major label deal and she still feels like the consummate critical darling/commercial outsider.

Her first album on Warner Bros. Like A Rose had critics and many fans singing her praises, but it didn’t result in one significant single. “Weed Instead of Roses” was a little too obvious, and the punchline was revealed in the title.

There’s big hope that Monroe’s second album will be a different tune, and that with the recent success of “Lonely Tonight,” maybe by chance Warner Bros. will put some scrilla behind her singles. If they do, they should keep their powder dry until after “On To Something Good” cycles through, because with all due respect to Ashley, it’s pretty pedestrian.

One of the problems is with the lack of success recently with female singles, there’s no metric, no example of what the public wants aside from something from Carrie Underwood and Miranda Lambert. This has A&R folks guessing, and relying too much on listener polling metrics which are imperfect at reading the zeitgeist and anticipating trends. Music Row just has no clue what to do with its women artists.

“On To Something Good” is certainly not a bad song, maybe a little indicative of a pop-trending Dolly Parton back in the day, but the lyrics and music offer little to latch on to, and the chorus rises too predictably. It sounds like the mix was made anticipating the insertion of a steel guitar or banjo that never came, and though the bouncy rhythm does elevate the pulse a bit, it doesn’t really resonate as a big pop single either.

And why are we releasing this exclusively to Spotify? How does that play into some sort of scheme to give this single a fighting chance? Same can be said for all these “exclusive” releases which have become fashionable, especially in the independent music world. All you’re doing is purposely limiting the audience of a song to the sphere of influence of a single outlet, starving its ability to increase its metadata performance and maybe get noticed by the outside world by going viral.

My hopes remain high for Ashley Monroe’s next record. But this Sheryl Crow-ish single just doesn’t feel like it has the ability to afford the larger spotlight Ashley Monroe’s talents deserve.

If you do the Spotify thing, perhaps you can listen below.