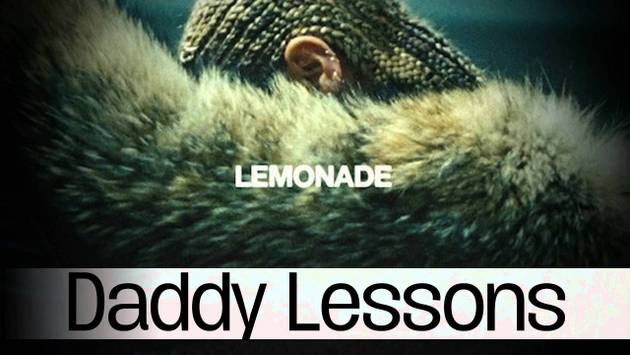 Thank me later country fans, I ponied up the buck and change to listen to this track so you don’t have to.

In a last ditch effort to prove their relevancy in the media marketplace, struggling streaming service Tidal exclusively released a surprise record from pop diva BeyoncÃ© late last week called Lemonade, though many believe it was too little too late for the entity partially owned by BeyoncÃ©’s husband Jay-Z. Later the tracks became available for download though more accessible channels, and amid the hype surrounding the new release was the story of how BeyoncÃ© had cut a “country” song as part of the album called “Daddy Lessons.”

Why exactly this song is considered country is beyond me. Is it because BeyoncÃ© randomly says “Texas” for no damn reason at the beginning, or screams “Yee haw!” once or twice? If this is what makes a song country, then this is the most stereotypical of stereotypical observations possible. Nonetheless, “Daddy Lessons” is still more country than Sam Hunt.

I seriously doubt BeyoncÃ© set out to cut a “country” song in the sense that she expected country fans to listen to it and embrace it as their own. I think she had a song that fit in her overarching narrative for the record, and thought a kind of “wild west” motif would be good texturing for the track. It’s lazy journalists and shallow listeners who are trying to make a country song out of it.

Sure, the song is driven musically by acoustic guitar, which is not at all typical for female hip-hop. And aside from the excessive bass signal underpinning the song, it’s a fairly organic track instrumentally. But get back to me when BeyoncÃ© is working with steel guitar, fiddle, or actual country songwriters, and then we’ll consider if it’s truly a country song or not. The horn section might be typical of what we’ve been hearing from a lot of independent roots bands recently, but “Daddy Lessons” isn’t an Americana song either.

That doesn’t mean that “Daddy Lessons” is a bad effort by any stretch. BeyoncÃ©’s new record delves unabashedly into the infidelity that regularly haunts the female experience, whether it’s from fathers or lovers, or both, and it bares its heart about how these experiences tend to ingrain themselves into the fabric of womanhood. Making the best of bad situations constructed by the men in your life—or making Lemonade out of lemons—is what the album is all about.

“Daddy Lessons” is specifically about a father imparting wisdom to his daughter about the virtue of being tough in a world where a man like himself will take advantage of women when they can, and to make sure a similar fate doesn’t befall his daughter. There is also a very palpable gun quotient in the song, which is likely where the wild west idea was derived.

Just like country music, pop and hip-hop have fallen on the crutch of relying on committees of songwriters to get a track cut. There is a song on BeyoncÃ©’s Lemonade that credits fifteen different contributors, and another that credits twelve—partially aided by the use of samples from previous works. “Daddy Lessons” comes in looking like a conservation of manpower with only four co-writers, including Knowles, but this didn’t help the track in feeling a bit repetitive and lacking direction, though in the greater narrative of Lemonade it plays a more vital role.

“Daddy Lessons” is not country. And if you’re a country fan who regularly doesn’t listen to anything but country, there’s nothing to see here. But listening to the track, you can’t help but observe the gulf between much of today’s pop music, which at least tries to say something and present a narrative that is relevant to people’s lives, and many mainstream country songs, which boil down to superfluous fluff meant to be used to gloss over everyday struggles and present life as solely a party-hearty consumer-driven paradise.

As has been said before, pop music is replacing country as music of substance.