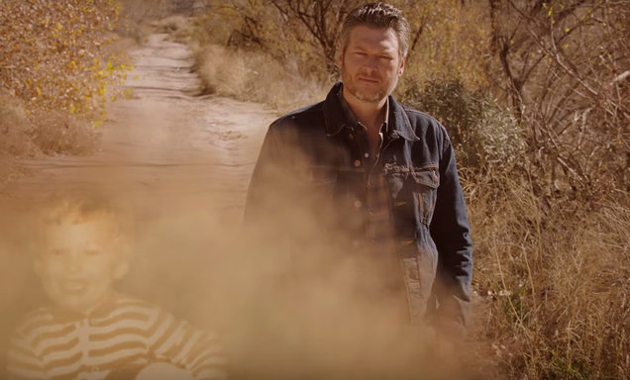 The mood has shifted on mainstream country radio, at least for the moment. And as spring rounds the corner, so does a renewed sense that perhaps a rebirth is occurring in country as better songs are blooming on the radio charts all over the place. Of course there a few weeds in the garden, snakes lurking under the bushes, and invasive species always looking to pop in and take advantage of country music’s lush, fertile soil. But if you’re stuck like a broken record saying all mainstream country sucks, you’re missing the bigger picture at the moment.

Add Blake Shelton to the participants of 2018’s rebirth on the radio, which has been fertilized by some of the biggest names in the genre releasing their best songs from their recent records. In Shelton’s case, it was one of his best records in years to begin with. The opposite assessment was the case in previous years when you could spot what the radio singles would be based off the gag reflex you felt the first time you heard something. But the paradigm has shifted, as it tends to do. And instead of some of country music’s worst offenders racing each other to the bottom, they’re now pushing each other in a more positive direction.

But none of this changes the fact that “I Lived It” is a really solid offering, and how astounding it is that it made it to country radio, and is receiving solid traction. No, this is not the best song you’ll hear in 2018. It’s far from it. Yes, it leans heavily on the whole nostalgia trip that so much of today’s country relies on to stir emotions in passive listeners. But don’t let your gaze overshoot the fact that this is Blake Shelton reminiscing on a time that has become foreign to many of today’s Millennial country listeners, and even makes reference to that in the hook of the song.

You can’t mistake that the drone of a steel guitar creates the sonic bed for “I Lived It,” along with acoustic guitar. Sure it’s list-tastic like a lot of pre-Bro Country material, but this isn’t just one of those songs that you say is better than most on country radio so you give it an ‘A’ for effort and move on, it’s better than even some of the best songs on country radio, and dare I say better than some of the stuff you hear coming out of the independent realm. “I Lived It” is a good song, period.

We very well may be witnessing a fracturing of the country music format. For years the chatter was that country needed to split between classic and more contemporary music. Instead what you have here is radio country continuing to support established stars with more subsnative music, while it’s the streaming realm is the one that is veering so far into pop, hip-hop, and EDM, it’s unrecognizable to what country music is supposed to be. Radio, and its established stars know they need to delineate themselves from all the EDM intros and hip-hop annunciations to offer something that’s an alternative to the other music out there in popular culture, and something that isn’t as susceptible to trends.

Young people don’t listen to radio. They stream Spotify’s playlists. It’s slightly older people who still listen to the local radio station, like the ones a song like “I Lived It” very directly appeals to. Culture right now is so damn contentious, people are turning to country to escape the divisiveness and remember a better time, and to be reminded there’s still good out there.

“Most People Are Good” by Luke Bryan will be a #1 song on country radio soon. “Five More Minutes” by Scotty McCreery just was. Chris Stapleton’s “Broken Halos” is all of a sudden a radio hit, and soon Blake Shelton’s “I Lived It” will be as well. It may not be your flavor of Beechnut, but contrast this between the “Chew tobacco, chew tobacco spit!” of “Boys Round’ Here” from Blake Shelton. That song was released five years ago now, right after Shelton made his “Old Farts and Jackasses” comments. You can’t listen to that, and then run through “I Lived It” and not say we’re experiencing substantial improvement.

Perhaps a spring bounty of subsnative country singles will give way to the wilting swelter of terrible summer anthems in the coming months. We’ll just have to see. But it’s hard to not be encouraged, and it’s helpful to be encouraging to songs like “I Lived It” in hopes this is what takes over the country music garden, and shade out that last pockets of Bro Country and Sam Hunt influence looking to take root.

Blake Shelton, I Lived It, Review