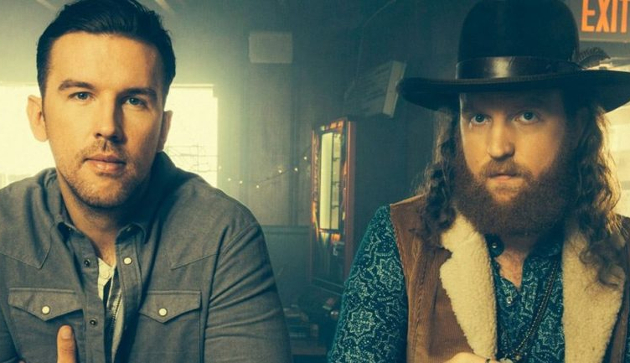 Quietly, the Brothers Osborne have deposed the terrible Florida Georgia Line as the biggest duo in country music, at least when it comes to peer recognition and appreciation by the industry. Florida Georgia Line is still a juggernaut in radio play mind you, but that appears to be slipping from their grasp too.

As we’ve entered an era of Bro-Country fatigue, everyone is looking for an alternative to the duo that arguably defined that dubious era best. With all the other narratives that have presented themselves in country music over the last year or so, the total dissing of Florida Georgia Line by the CMA and ACM voters in favor of a scrappy little brother pairing with a fraction of the fan base for Vocal Duo of the Year has not received nearly the deserved attention.

Yet even in the role as spoilers to Florida Georgia Line, The Brothers Osborne receive little love from many traditional and independent country fans. The duo has even spoken out about the quality of country on numerous occasions, yet don’t find the wider reception someone like Miranda Lambert does. Whether it’s because their music feels more like pop or rock, or it’s a general suspicion of the mainstream, the Brothers Osborne just don’t resonate like you would expect they would with many alternative country fans. Instead, much of their support comes via osmosis from the Eric Church camp, which the duo shares the same label with. They’ve often opened for Church over the past few years as well. The Brothers Osborne are an alternative, but still an alternative well within the mainstream.

However they got here, the Brothers Osborne now have a big opportunity to step into the role as the leading vocal duo in country music. They have the industry’s attention, brother T.J. has an amazing, deep and classic country music voice, and his brother John has blazing guitar fingers, and not just endowed with technical prowess, but a tasty approach that embeds roots and texture into the music.

The problem with the duo has been the songs. Ask someone to name you a Brothers Osborne song, and they’re likely to struggle. They may not even know who the Brothers Osborne are. Everybody knows who Florida Georgia Line is, for better or worse. All the parts and pieces are there for Brothers Osborne to blaze forward in an environment hungry for genuine talent, but they have yet to find the vehicle in a signature song, or frankly, a musical identity that the public can clamp onto. They may have the respect of their peers, but they have yet to win the wide ear of the public, despite a pretty good amount of attention. 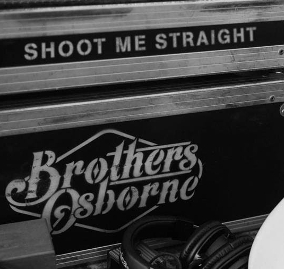 All of these elements, positive and negative, come together in their latest song, “Shoot Me Straight.” Take nothing away from T.J. and how he howls out fun lines like “Lay my six-foot four-inch ass out on the ground.” The guitar work and arrangement by John Osborne is quite enjoyable. But reaching towards 7 minutes, and frankly a bit of a mess in what it is trying to express, it’s just inconclusive at what “Shoot Me Straight” is looking to accomplish. It certainly won’t find any reception at radio. A radio edit would castrate the only thing that’s cool about it, which is that it’s an elongated jam. And it’s way too out there to be considered country.

“Shoot Me Straight” is just too busy, muddy, and unfocused. It never really falls into a groove. And in certain moments there’s strange ambient superflousness that distracts from the song, like the at the 3:50 mark with sounds like a CD skipping, and the background studio talk under the music at the end.

“Shoot Me Straight” feels very similar to Eric Church’s Outsiders-era output. Yes, very progressive for mainstream country, but ultimately too involved and convoluted to find infectiousness, never really saying much, and not really country at all. This is the era of the song, and the voice. Blazing guitar can compliment this, but it can’t be what creates the foundation. We left all of that behind in the 80’s and 90’s. Just because you play for 7 minutes doesn’t immediately imbibe your effort with creativity. And with all do respect to funky acid jams, it’s just not what we come to country music for.

We’ve also seen other riff-based outfits struggle, like The Cadillac Three. Kip Moore is also way more rock than country, but he’s also created his own definable sound, while the Brothers Osborne seem to still be reaching for theirs. Yes, this is a fun song. It would be a lot more fun if you walked into a random bar, and a band was jamming something like this live. But as a lead single, or a song put out there by itself ahead of a new record, it’s just a bit of a head scratcher, regardless of the talent it displays. It’s just too self-indulgent.

It’s also worth noting that a song like this really should be heard in the context of an album before any ultimate judgement is laid. In a greater context, it could feel completely different. Because ultimately, “Shoot Me Straight” is an album cut you’d include for your hardcore fans, not the way to grow your base. The brothers probably like it because its fun to play, but you have to look bigger picture, especially when you’ve been given the opportunity to supplant a giant in the top spot of “country” duos.

“Shoot Me Straight” is far from a bad song. In fact removing genre concerns, it’s pretty good. It’s just misplaced in country, inappropriate as a single—especially a lead one—and doesn’t resolve the underlying concern about the Brothers Osborne, which is the answer to the question, “Who are they?”