Those of you rolling up to this review hoping for a good car crash full of flying insults from knowing how little love I have for Eric Church are going to be disappointed. Because even though I don’t like the messenger or some elements of this song, I do like the message.

Eric Church is an egotistical asshole on the verge of narcissistic megalomania that believes he is the rightful heir to the country music throne. And if this isn’t the case, he needs to fire his PR staff post haste for portraying him as such. He is dangerous because he conveys the stereotype that being an “Outlaw” or an outsider of the mainstream of country music means you’re an arrogant prick bursting with bravado, when in truth Willie Nelson and Johnny Cash were two of the most humble, unassuming people you would ever meet. Even Garth Brooks put on an “aw shucks” attitude after unbuckling from the flying harness after a stadium show.

I’ve said before that Eric’s songs are not as bad as many others. He does seem to make efforts to stay out of the typical patterns of Nashville hit-making, but songs like his dope anthem “Smoke a Little Smoke” or his self-gratifying “Who’s Gonna Fill Their Shoes? are a perfect example of Music Row trying to eradicate anti-Nashville sentiment by incorporating it for their own marketing purposes. 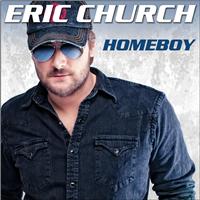 But as much as Eric Church is a problem, the bigger systemic problem throughout the country is the hip hop culture infecting small towns to the point where you can’t walk into a local IGA without stumbling over a bunch of corn fed boys with their straight brimmed hats on sideways and their pants around their ankles. For years popular culture and even politics has been preaching that people from the country are “backwoods” in their brains: dated, ignorant, out-of-touch, making the only other mono-culture available out there (hip-hop) more appealing, especially to boys and young men. This phenomenon also fuels the robbing of youth from rural communities as kids embrace the big money and materialism of urban and suburban culture.

The other result of this phenomenon has been these awful “laundry list” songs like Blake Shelton’s “Kiss My Country Ass” that do nothing but preach to the choir and perpetuate the same negative stereotypes the anger behind these songs stems from. “Homeboy” does have some of this “laundry list” action going on, and I’m not sure I agree with the stereotype that cities are all full of drugs and crime while the country is this wholesome place. Many small towns these days are littered with meth problems. And this song isn’t country, it’s classic rock. But the message is so spot on for this point in time that I’m willing to overlook a few commercially-oriented transgressions in the production.

Some have complained about the use of Auto-Tune in this song, not to correct pitch, but as a voice effect ala T Pain. I am willing to overlook this, or even compliment it because Church could be using it ironically or even as a useful tool to make the song appeal to the faux hip-hop kids the song’s message targets. In a lot of ways the auto-tune is genius.

Don’t get me wrong, I have nothing against the hip-hop culture. I have something against all cultures becoming the same because it is more efficient for the corporations trying to manufacture and market it. One qualifier for a great song is it must have universal appeal. I can see a hip-hop kid from the intercity who abandoned his roots to try to make lots of money in the corporate world hearing the universal message of this song, which is to remember your roots and where you come from, and that there’s nothing wrong with choosing less money or the simple life, and if anything, there’s something endearing and fulfilling about it. Ironically, this song will probably find it’s widest appeal in the suburbs, with people who live vicariously through the CMT version of “country” culture.

If Eric Church would just practice some humility, I would be much less harsh to him and his music, or at the least, he would go off my radar. But lets give credit where credit is due, and “Homeboy” deserves credit.

(though the video is a little over-dramatic)