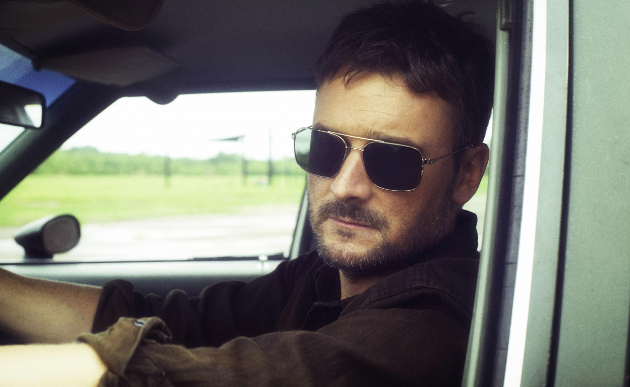 Eric Church will always pull polarized viewpoints from country fans, if not for his bad attitude in past eras, then from his propensity to veer into the rock space, or most recently, a patently false and pathetic clickbait cover from Rolling Stone characterizing him as an anti-gun Bernie Sanders supporter, unnecessarily roiling his fan base. Those who blanket Church with their adverse opinions on anything popular in country music do themselves and Eric Church a disservice by leaning on such stock assumptions. His (rumored) upcoming radio single “Monsters” is a perfect example of this.

If the most important element to a country song is telling a story and conveying an emotion, then “Monsters” most certainly qualifies. Unlike many of its peers in popular country, the song doesn’t forgo the third verse for another run through a canned and saccharine chorus. Co-written with Jeff Hyde, Eric Church creates a compelling, emotionally rich, and cross-generational moment that covers a lot of ground in just over three minutes. It’s also underpinned with a soft spoken Gospel component that ties the song to country’s roots, and could really put a charge in it just like we recently saw with Blake Shelton’s mammoth single “God’s Country” due to the Christian market appeal.

Production and instrumentation is where some will find fault with this effort. Producer Jay Joyce summons the demons of arena rock in the bridge of the song, before then quickly evoking the angelic, Journey-like fluffiness of pop rock. But storytelling isn’t just accomplished through words. Eric Church and Jay Joyce understand this, and their liberties with the composition are not just rendered forgivable, but are arguably admirable in giving “Monsters” and arc and allowing the music to explore the difference between fear and comfort the song encapsulates, even if they dribble the ball outside of the conventional boundaries of country music in a couple of spots.

Chest pounding and self-gratifying hard rock songs like the ones Eric Church has been known to call country in the past don’t talk about being scared of monsters, or vulnerability, or coming to grips with the fact that some of the most malevolent forces in your life come from within yourself. And being able to see his own memories through the eyes of his son makes “Monsters” especially touching and real. Eric Church has evolved in his career in a way his staunchest critics refuse to recognize. Still, you can’t help but wonder how a quality song like “Monsters” would turn out if Church would just make it sound more country.

If Eric Church ever ends up in the Hall of Fame (a shuddering notion for some assuredly), it won’t be from his natural gift for singing. It’s not that he’s a bad singer, it’s just not his primary strength. However just like on much of his latest record Desperate Man, Church hones in on the soulful sweet spot in his voice with which to sing “Monsters,” using the same varying dynamics as the music does to deftly shape a swell of emotions.

After the comparatively mild “Some Of It” became Eric Church’s eighth number one single at country radio, he’s done all he needs to do on radio in this album cycle. Church doesn’t need radio to pack out arenas, so why not release the best song from his current record to radio and see if it sticks, and help inject a little substance into the format? “Monsters” very well maybe that best song.