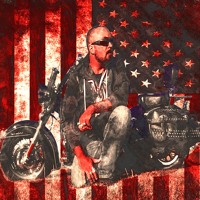 Earlier this week the United States celebrated Veterans Day. Country music has a long history of being the bastion of support for the troops in America, and showering them with praise at every turn. But sometimes the aim of that praise is just as much to ingratiate the performer to an audience as it is to truly pay homage to service members. Many times these mawkish odes make platitudes out of the lives of people in the military, missing the human element and any dose of realism to what they’re trying to say. These songs are bathed in hero worship instead of a true assessment of the complex issues members of the military face before, during, and after service.

“Over the years, I’ve had many-a-veteran friend ask me to write a song for the men and women in the battlefield. Having never seen combat, I put it off for a long time,” says songwriter J.B. Beverley, the frontman of J.B. Beverley and the Wayward Drifters. “I wanted to wait until I had the right feeling . . . the right message. I’ve listened to the stories you all have shared with me, and I wanted to try and sum up what I think it might be like for you all.”

And that’s what Beverley does in “Phone Calls From My Uncle”—a song he wrote specifically for Veterans Day. It’s a simple recording, just J.B. and his guitar, and Big Geo Ballentine accompanying on slide, but it really captures the incredible burdens enlisted men and women face throughout their lives, and the tolls those burdens take. The song is sparse, but Beverley fills it out by finding the heartbeat of the song, and spacing everything perfectly until you’re hanging on every word, and really feel the gravity of what is said especially when it reaches its conclusion.

Just like Beverely admits, it can seem foolish to think you can understand the life of a service member from the outside looking in. But somehow, Beverley makes you feel that weight, if only for five minutes.

Proceeds to sales of “Phone Cass From My Uncle” Go to Veterans organizations.