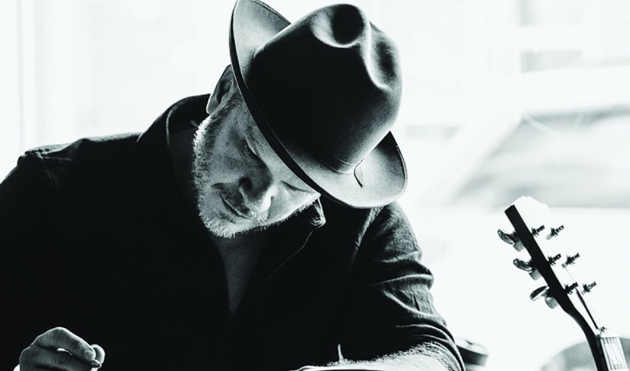 Jason Eady will not be the next Stapleton, Isbell, or Simpson. He’s too good, and too country for all of that. Instead he’ll be the guy that remains so pure of expression—like Guy and Townes—that he’ll never get spoiled by superfame, while his legacy will still be something of such weight and import, nobody will concern themselves with how many seats in an arena he could sell during the height of his career.

Jason Eady is not one to sweep you off your feet if you aren’t already predisposed to finding the appeal in his music. He’s not the gateway drug for your pop country friends to convert to Americana. There are much more potent antidotes for such an exercise. Jason Eady is a fairly dry, hushed experience, and from what we’ve been told about his upcoming self-titled album to be released April 21st, we can expect even more sparsity on this new one.

When you have a good song, most everything else tends to get in the way. That’s the case with “Barabbas.” Wise songwriters know that when you can put the weight of historical moments and important figures behind your song, you’re getting a vastly superior head start on your average, sappy love song, or summer ode about splashing through the mud in your truck. Listen to “Pancho and Lefty.” Jason Eady, and the host of all-star Texas songwriters who contributed to this track—including Larry Hooper, Adam Hood and Josh Grider—put together something that is both devout and agnostic, historical yet fictitious, and pricks just about every zone of human perception that song needs to arouse to go from good to great.

To even germinate the idea of writing a song about the man who was let free when Jesus was sentenced to crucifixion is pretty wondrous in itself, but isn’t it a great representation of how we all walk through life holding on to guilt—products of our past transgressions—trying to make the best of second chances, and the past just as much of a burden as the future is a beacon. Barabbas got off scot-free so that an innocent man could die, but sometimes the conscience can be be as fierce as a prison sentence. Even so, life is what you make of it, and regardless of what got you here, you must move forward by being grateful for the opportunity, and gracious for the gift of life. We all owe that to those that died to make it all possible.

Far from preachy, “Barabbas” is even a bit folksy, which makes it that much more approachable. Yet this song is bolstered by the weight of religious moments most all of us have been taught, whether we choose to heed the message. “Barabbas” is about a specific man, and about all of us, and like all great songwriting its message melds to each of our individual stories to mean something different to everyone in the audience. “Barabbas” is pretty genius, but served in such a simple way anyone can enjoy.