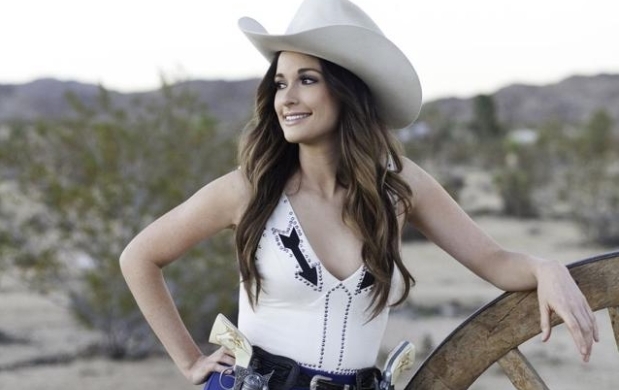 It’s not very often that we talk about an artist who is only 26-years-young and hasn’t even released their second major label album becoming a caricature of themselves already, but that’s the direction it feels we’re going in with Kacey Musgraves. Then again, it’s not very common for us to talk about a mainstream country artist in 2015 that is allowed to release singles featuring steel guitar and lyrics that are meant to be listened to instead of just heard. And that my friends is the continuing dichotomy Kacey Musgraves presents with her latest single called “Family Is Family.”

In a vacuum, “Family Is Family” is a very good song. And it’s a very good country song. It’s arguably even better than Kacey’s recent single “Biscuits.” But here once again we have the same dadgum approach to the lyricism and pentameter, the same campy flavor, and the same general approach instrumentally that makes “Family Is Family” feel like stamped out conveyor belt material as cookie cutter and predictable as the placid suburbia Musgraves looks to bemoan in her music.

Kacey Musgraves has found her niche, and she’s not wavering. When she released “Biscuits,” which was so eerily similar to “Follow Your Arrow” (partly because the two songs were dreamed up in the same writing session), we assured ourselves that it was just one song, and once we hear the full breath of Musgraves’ upcoming album Pageant Material it would exhibit much more variety. And it still very well might. But “Family Is Family” plays right into the concern that Musgraves is reading too much into the critical success of “Merry Go ‘Round” and “Follow Your Arrow,” and has become a one trick pony of quippy one-liners smashed together under a narrow theme window.

Early Musgraves exhibited a lot of variety in approach. She had some songs that sounded like modern era Guy Clark. And it’s not like you can’t make a career out of quippy and campy songs. Just ask Roger Miller. But even Roger knew if you went to the same well too many times, you ran the risk of running dry.

But similarities aside, “Family Is Family” really is pure fun, witty, and most importantly, rooted in truth. One of the reasons Musgraves and her close knit group of co-writers—including “Family” contributors Shane McAnally and Josh Osborne—keep using the same approach is because it works so well. Where “Biscuits” felt a little too thin, and “Follow Your Arrow” maybe a little too preachy, “Family Is Family” gets the balance right. One line after another, “Family Is Family” delivers witty insight that is interwoven on itself to make a fine song that is funny, and refreshing in the current climate.

It’s just the “3rd verse, same as the first” aspect that makes you squirm.

There will be more variety on Kacey’s upcoming album Pageant Material, trust me. At least there better be. But Musgraves runs the risk of not just continuing to avoid the commercial success fit of a major label country music star, but alienating the critical support she’s built for herself if she can’t build some variety into the songs she chooses to feature.