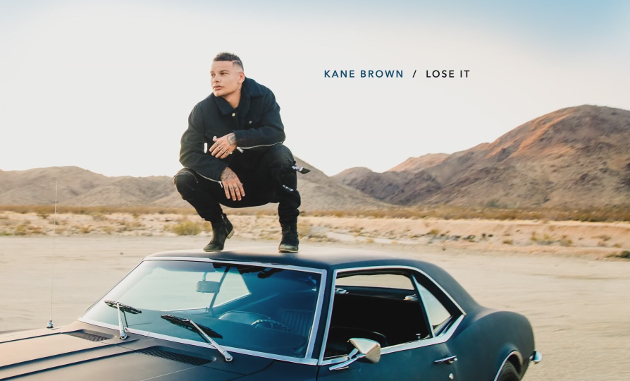 It’s over. All the protestations of Kane Brown’s existence in country music, and the illuminations of the spurious circumstances that surrounded his coronation as a major label country star ultimately offered little resistance to his ascension to where he is now. Shake your fist, curse at your screen, or laugh maniacally if you find yourself embedded in the Kane Brown fandom, but at this point it doesn’t much matter either way. The future of mainstream country music looks and sounds like Kane Brown—meaning bad neck tattoos and a monotone delivery of terrible songs. The only question left is what the future of mainstream country looks like if artists like Kane Brown are leading it.

It doesn’t matter what Kane Brown releases as the first single from his upcoming sophomore album. It doesn’t matter what it’s called, what style it is, or who the songwriters are. It is assured a #1 spot on the charts like a made guy in the mafia is assured protection from the family. You make it to the level Kane Brown is at and you’re male, your continued success is guaranteed for the foreseeable future. And that’s good for Kane Brown, because this new single “Lose It” is burdened with a number of maladies to keep it from being considered quality in any capacity, or country by any stretch of the terminology, despite the presence of the token banjo which doesn’t tie the song to the roots, it’s a concession that nothing else about the song is country.

Maybe some slight credit is due to Kane and the producers for making the song actually sound like music, but “Lose It” is nothing more than a contemporary rock song. It’s much more similar to Jason Aldean as opposed to Sam Hunt or Florida Georgia Line. There are actually a couple of blazing guitar solos—still serrating to the ears of any true country fans and filler for the fact that the song lacks a third verse, but this is not your typical drum machine-backed electronic project that places all bets on being considered country from the twang of the singer’s voice, if that’s even present.

But Kane’s voice is the worst part about “Lose It,” and really the marquee failing of his entire career up to this point. What first made Kane Brown compelling as a viral internet star covering classics from “King” George Strait and others was that he delivered them in a deep, quality country voice. But the melody-bereft writing and over-electronic modulations of his studio vocal signals have taken what should be one of country’s signature young voices, and rendered it one of the most polarizing and off-putting aspects of modern country radio. “Lose It” is the most compelling specimen when making this case yet.

And that’s not where “Lost It” lets up with the disappointment. The words of the song disrobe like the transcription of a date rape being read in superior court. I guess consent must be assumed from the female subject in the song, but she’s portrayed as nothing more than flesh to be consumed. “Lose It” is not a love story. This isn’t a bout of nostalgia a la Bob Seger’s “Night Moves.” It’s just Kane Brown getting it on in the back of a car by first driving to a remote location with no corroborating witnesses, and then ordering his object of affection out of her articles of clothing one by one. Can anyone name a redeeming quality to this song aside from the catch-all of calling it “fun”?

“Lose It” is a super hit because it’s from Kane Brown. Otherwise it’s got a big bag of nothing aside from some wank off arena rock guitar to go with the masturabatory lyrics. It’s catchy, I’ll give you that, but so is chlamydia. Yet we live in such a culturally bankrupt moment in popular country music, the song still probably doesn’t even near the worst out there. Sam Hunt and others still have you covered in that department, sparing Kane Brown and “Lose It” the worst pricks from the poison pen.