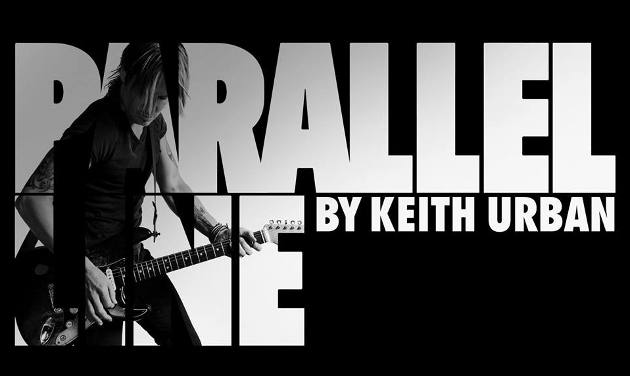 On Keith Urban’s last song, he attempted to pay tribute to “Females” with slavish mawkism riding a surging wave of good ol’ American opportunism. Now on his newest effort “Parallel Line,” he’s attempting to emulate a female with an incredible feat of falsetto acrobatics one would almost stand up and applaud if it weren’t for the dastardly high tone nearing an almost imperceptible pitch to the human ear. Have some plate glass you need shattering for an art project, perhaps? Well procure yourself some ear protection and pull this puppy up on YouTube.

Will all deference to the high country harmony that I don’t need a living Bill Monroe to implore me was an often-overlooked essential of true bluegrass, we tend to expect our male country singers to have a more deep and woody tone, which may not be entirely fair. But my goodness, Keith. Is it really worth the surgical removal of your gonads just to score a radio hit?

I have no clue how the now 50-year-old Keith Urban has done it, but somehow he’s orchestrated a late career resurgence that has him being nominated for Grammy Awards and the CMA’s Entertainer of the Year. Actually, I know exactly how he’s done it—by being a completely malleable Music Row tool who’s willing to do anything to keep from being left behind by time.

Some think Urban was being a bandwagoner when he wore a Sturgill Simpson T-shirt on American Idol, and wrote Simpson a personal note saying how much he admired him. No, Keith was jealous of the fact that Sturgill can do whatever the hell he wants and still succeed, while Urban is stuck being the face of an entertainment “franchise” and schlepping whatever song his producers and label tell him to, like his latest selection, “Parallel Line.”

But I have to tell you, as a pop song, this isn’t that bad. Isn’t that the thing about listening to modern pop country as a true country fan. You’d almost rather hear a straight up pop song than something that is being sold as country, but is pop with a banjo line buried in the background. Even if you’re not a pop fan, pop tends to be much less offensive because at least it’s being honest with itself. “Parallel Line” finds a decent groove, and is pleasingly sparse in moments, swelling with emotion at the right times. And aside from the vocal register which is sure to be polarizing to country ears, “Parallel Line” is sung really well, and in a tone that doesn’t sound all computerized like so many of today’s vocal signals.

People will make a big deal about how this song was written by Ed Sheeran. This is true, but Ed was one of five total songwriters. Others include Julia Michaels whose written for Justin Bieber, The Weeknd songwriter Benjamin Levin, Snow Patrol’s Johnny McDaid, and frequent Ed Sheeran collaborator Amy Wadge.

See a pattern with these songwriters? They specialize in songs that often feature male falsetto singing. We spied this trend a couple of years ago—if a popular entertainer isn’t rapping, they’re usually singing in these very high registers. Ed Sheeran, The Weeknd, and Justin Bieber are great examples, and they’re as popular as anybody at the moment. This is what Keith Urban and his producers are betting on to make “Parallel Line” a big country and crossover hit.

Yet let’s take a moment to recognize that it took five people to write this thing, but it only has two real verses. And what is Ed Sheeran doing writing songs for country artists anyway? That didn’t exactly work out for Tim McGraw and Faith Hill’s “The Rest Of Our Life,” which is now stuck in copyright infringement litigation.

A few years ago we saw a lot of Music Row’s major labels strike these cross-genre songwriting and producing deals that would more easily allow for personnel from pop and country to collaborate. At the time, the concern was the popification of country, which is the exact result we’re seeing here some years later. Country music is no longer a sonic distinction. It simply means the artist is white, and is based out of Nashville as opposed to New York, Los Angeles, or London. These songs just get entered into a globalized system, and are placed with artists based on algorithmic calculations to optimize financial returns.

“Parallel Line” could have been cut by Ed Sheeran, Keith Urban, The Weeknd, Justin Bieber, or whomever. It doesn’t really matter who sung it; it would have sounded almost exactly the same. That’s why so many immediately identified this as an Ed Sheeran song. The likely reason Sheeran didn’t cut it himself is it sounds too similar to his mega hit, “Talking Out Loud.” Popular music is just numerous pop franchises with many different faces to cast the illusion of choice and variety in the marketplace.

It’s pretty sinister how this system works to make all popular music sound the same, but as was said before, it’s hard to get too hot and bothered by “Parallel Line” specifically in the era of Sam Hunt and Walker Hayes, aside from the attempt to call it country. Because make no mistake, this is clearly pop, and all the imagery from the initial track video—the intercity alleyway, the bamboo risers back lit with neon bursts—are all meant to covey the mood of a hip and exclusive urban night club as opposed to anything resembling country culture or lifestyle. And with impunity, they release it as country with little to no backlash aside from that stupid little Saving Country Music blog.

You have to pick your battles, though, and we have bigger fish to fry at the moment than Keith Urban and “Parallel Line.” So whatever Keith, count your money while you can. You know it’s not you, and not country. It’s just the latest selection off the assembly line.