Song Review – Kenny Chesney’s “Get Along” 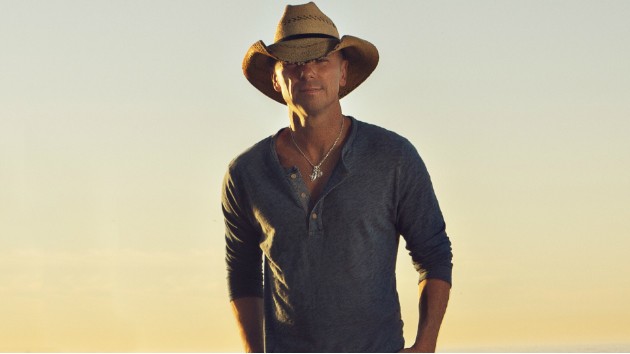 Whenever there are major calamities or cultural shifts in America, one question that always arises is how music and entertainment will react. Whether it’s a war, 9/11, the race riots in Los Angeles in the 90’s, or the now nearly historic political polarization of the United States and parts of Europe we’re in the midst of, you can always point back to an important moment, and 9 to 18 months later see the reaction through the songs that surface in popular culture and the sentiments they convey.

The predictions were the Trump era would see the rise of protest songs popping up in popular culture, and we’ve seen some of this bear out in hip-hop and other places, though probably not nearly to the degree some anticipated. Country music has always been one to bear the sentiments of the rural population in times of upheaval, whether it was Merle Haggard giving a voice to the Silent Majority during the late 60’s, or the genre stepping up most prominently after 9/11 with either the sabre rattling for Toby Keith’s “Courtesy of the Red, White, and Blue,” or the much more thoughtful and sentimental “Where Were You When The World Stopped Turning” by Alan Jackson.

Now that a year has passed since the American Presidential election, we’re beginning to see the fruits of those polarizing moments and reactions, and not just from a few outlier performers, but from many of country music’s major mainstream stars. As the rest of media and culture seems obsessed with sowing divisions, segmenting people into smaller and smaller groups and then pitting those groups against each other, popular country music is stepping up and attempting to appeal to the greater good in people to ratchet down the polarization in an incredibly divided world.

We’ve seen this recently from Luke Bryan, whose “Most People Are Good” has topped country radio for two weeks now. You can even see this in Texas music with Josh Grider’s “Good People.” And just as important, you can hear it throughout country music. Political sentiments are often polarizing in today’s society, but so are things such as electronic drum beats, and non country instrumentation in what are supposed to be country songs.

Roll your eyes all you want, pass it off as opportunistic fluff, tell yourself it’s only a passing trend, but the simple truth is that in 2018, country music is seeing a dramatic shift from its top tier stars away from electronic production, and back towards towards songs that are much more reminiscent, that carry a positive message of unity and/or acceptance, and are undeniably more country in both instrumentation and approach. Appeal is an entirely other discussion of course, but the shift at this point is undeniable. 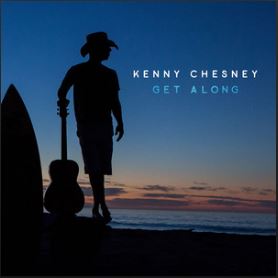 The latest evidence of this shifting to a post Bro-Country paradigm is Kenny Chesney’s “Get Along.” Similar to Luke Bryan’s “Most People Are Good,” almost the entirety of Blake Shelton’s recent album Texoma Shore, it is probably the most country-style song Kenny Chesney has released since Obama first took office.

“Get Along” is also decidedly subpar when judging the song on its own merits. It wants to start off with a steady, half-time country beat, but then gets interrupted by unnecessarily busy drums. Everything “Most People Are Good” gets right in its chorus, “Get Along” gets wrong. It veers from universal positivity into “Buy a boat, drink a beer,” pulling it back into the consumer-driven motivations of so much of modern popular country. Acoustic guitar setting the song off, and the banjo are appreciated. But this isn’t enough to pull this song into positive territory.

And make no mistake about it, “Get Along” is answering to a trend. No different than Bro-Country or anything other previous era, country music remains a very copycat business. If something works, like Luke Bryan’s “Most People Are Good,” then everyone else will soon be trying their hand at it. In this instance, it just happens to be that the results of this current trend are more positive than negative in the effort to save country music because it’s pointed in a more organic direction, and serving more thoughtful lyrics.

But also don’t discount the true motivation welling up in the performers and the songwriters who compose these songs. They see the unnecessary division roiling society, and like all artists have done from the beginning of time, they’re attempting to step up and absolve people of their anger and fears, and push society in a better direction.

Of course for the forces who seek to benefit from the division of modern culture, these efforts will be seen as a belligerent act, cast off as objectionably sentimental, and crass in their own right by attempting to gloss over the serious issues and searing anger plaguing society. But all great art, just like all great leaders, seek to unite people. Kenny Chesney’s “Get Along” is far from great art, and it’s message may not be useful for anything more than passing entertainment for folks riding home from work. But that doesn’t mean the sentiment won’t still soak in, and ultimately put forth effort to soften hearts hardened by two years of nearly unprecedented societal polarization.

Setting what’s happening in country music at the moment into an historical context, when the 1992 race riots of Los Angeles exposed a racially divided country, performers from across the popular music panorama—from The Beastie Boys to Michael Jackson to Garth Brooks—released songs preaching unity across racial divisions, and sometimes they did so at the expense of commercial aptitude instead of for the benefit of it.

Songs like “Get Along” may not go far in solving society’s problems or to helping to save country music. But they also are not working against these goals. They’re a step in the right direction, and just like the songs say, we shouldn’t let our differences get the better of us, or allow us to not see the bigger picture. Society is changing due to the now institutionalized political division, and country music is changing with it. We may not be happy with what’s happening in our world, but we can be happy with how country music is headed to tackle it.

Get Along, Kenny Chesney, Review