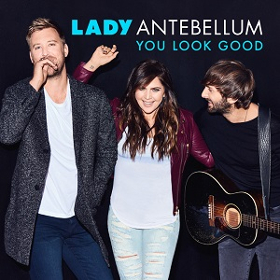 Apologies to any die hard Lady Antebellum fans out there, but I just don’t see the value of them coming back from their extended hiatus. From the beginning, Lady Antebellum has felt so forgettable, so superfluous, so fleeting of impact and falling short of any serious contribution to country music or popular music in general, would anybody really miss them if they never reunited aside from a few soccer moms who like them on low while sipping Chablis in a bubble bath?

At least the little side projects from Charles Kelley and Hillary Scott (especially) during the Lady Antebellum hiatus resulted in something that seemed to mean something to themselves if nobody else. Though it’s easy to pin the accusation of “manufactured” on most any mainstream country artist or band, with Lady Antebellum, it sticks. From the revelation a few years ago that the trio needed a mediator early on to learn how to communicate with each other, to Charles Kelley saying recently that the band’s time off was the result of them feeling “fatigue” from radio and listeners, this thing has felt more like when your social studies teacher forces you to be in a group project as opposed to an organic and inspired expression of music that sprung forth of creative spontaneity like most bands worth their salt. “There was not a lot of excitement for new singles,” Charles Kelley says. “It was kind of like, ‘Oh yeah, Lady Antebellum.'”

Yeah, no shit. So maybe go out there and write and perform something that people will remember; something more than the equivalent of the frappy stuff on the top of your Starbucks drink. It’s so incredibly indicative of the Music Row state of mind to say, “Gee guys, these singles aren’t selling. Let’s take two years off, then release the same exact crud we always have, and see if that solves the problem” instead of actually writing and recording better songs, looking long and hard at what you’re serving the public, and seeing where the trends are going, which is away from bands like Lady Antebellum. Instead what we get with their first single in nearly two years is the same fleeting, frappy, forgettable empty calories of another throwaway Lady Antebellum song.

“On a boat, on a beach, in the water, in the sand, in the back of the bar, cold beer in your hand,” drones Lady Antebellum’s “You Look Good” at the start, and you can probably guess where it goes from there. It’s boring music for bored people looking for a quick fix of three-minute escapism and that’s about it. The group also makes the daring move of rhyming “body” with “body,” and mentioning moving to the bass, and Hollywood. Sounds deep, huh?

To Lady Antebellum’s credit, this song accredited to Hillary Lindsey, Ryan Hurd, and the seeming ubiquitous and uncapitalized “busbee” who also produced the track, does not have you running away screaming while clasping your ears like the latest monstrosity from Sam Hunt or something. Thank God they at least spared us the electronic drum beats and laser canon synth textures, but even a horn section can’t help pull the sub-par writing of this song to a passing grade. Where are all those seething Sturgill Simpson fans who hate horns in country? Someone sick them on this posthaste.

Even the lyric video for “You Look Good” feels like someone else’s idea overlayed on a Lady Antebellum effort, in this case Taylor Swift and the now dozens of others who’ve taken the Polaroid camera motif and tried to make it into an element of organic performance art. As bad as “You Look Good” is, it’s frankly hard to get too angry over, or even to get too exercised about Lady Antebellum themselves because even though they’re decidedly not good and certainly not country, they’re so incredibly vapid and unoffensive, they don’t even inspire strong feelings in opposition.

So yeah, Lady Antebellum is back. It will be interesting to see if anyone notices. For my money, I’d rather give my attention to The Kinks’ “Wicked Annabella.” It’s a hot lick.