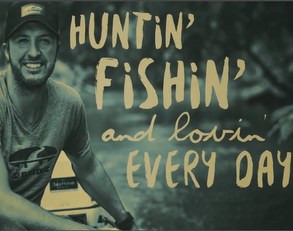 Hypothetically, whether a given song is released to mainstream country radio as a single or not shouldn’t affect the listener’s judgement upon the song itself. And in many cases, it doesn’t. A song is a song, and it should be considered on its own merits. There are exceptions however, like when a song is exceptionally bad, like many of the country radio singles over the years from American country music artist and Leesburg, Georgia native Luke Bryan.

Certain singles from Bryan such as “Country Girl (Shake It For Me)” and “Kick The Dust Up” have since become like guideposts on the country music timeline where the genre took a turn for the worse. It’s one thing to record a terrible song and bury it on an album, especially since most mainstream consumers don’t buy albums these days anyway. It’s another thing to unleash it on the masses like an audio virus to infect the public airwaves. So in these cases, the status of a song as a single comes into play when considering its overall horribleness and adverse impact.

But the needle can swing the other way as well. If we are fair and impartial, and reset the barometer back to neutral when each new song is released, then hypothetically if a song is better than average, or better than expected from a given artist and when measured against its mainstream radio peers, then perhaps the song can be elevated in stature due to its single status.

“Huntin’, Fishin’ And Lovin’ Every Day” is not a good song. It doesn’t matter how “country” it is, and we can agree, it is country. It may be one of Luke Bryan’s most country songs yet, at least from his last two records. Waylon Jennings phase guitar and half-time bass drum beat, and lyrics that are indicative of legacy-era Alabama make “Huntin’, Fishin’ And Lovin’ Every Day” hard to chide as something outside the generally agreed upon parameters of what constitutes the country music genre. It isn’t a traditional or classic country song by any stretch, but it does have a classic Outlaw style.

So why isn’t it a good song then? It’s because the lyrics are indolent, tired, list-errific rehashed inane give up material, lazily strung together by none other than the mother brain of bad country, the Georgia-born “Peach Pickers” of Dallas Davidson, Rhett Atkins, and Ben Hayslip.

But let’s be honest with ourselves. If we hadn’t just endured what’s going on a decade of being beaten over the head with list songs and Bro-Country iniquity, a song like this would just blend into the background to send a few toes tapping, and not be a launching pad for a tirade about how modern country no longer says anything and rarely includes any element of story. Maybe we can blame the “Peach Pickers” for this development, and most assuredly they deserve to shoulder some of it. But “Huntin’, Fishin’ And Lovin’ Every Day” is it’s own animal, and shouldn’t be immediately discounted because of past trespasses by its singer, or its songwriters.

And we also must factor in that it’s now a single—the 4th from Luke Bryan’s latest record. That means there will be a single on country radio from country’s sitting Entertainer of the Year that features half-time bass drum, Waylon phase guitar, no electronic embellishment, and vintage Alabama-style lyrics (the band, not the state). Stuff all that into a pair of boxing gloves and pit it against whatever other embarrassing mush that’s being peddled on country radio at the moment and it doesn’t look half bad. It took some guts to decide to release this as a single.

“Huntin’, Fishin’ And Lovin’ Every Day” is not a good song, but it’s not a bad one either. Beyond the lyrics and style, what makes the song redeemable is the structure. The song pulls off a nice little build up and crescendo that we rarely hear in country music today. It adds composition to its list of constructive attributes. That’s what can happen when you give a song over four minutes to actually develop. The song isn’t something groundbreaking. If anything, “Huntin’, Fishin’ And Lovin’ Every Day” is quite interpretive, borrowing from country song that take this similar approach from the past. But those songs weren’t bad either, and neither is this one.

As was said when Luke Bryan released Kill The Lights, he didn’t get here solely by peddling smut. Luke Bryan is a smart bastard, and knows just how, and just when to pull back and release something with a little bit more substance right when folks at large are about to write him off. This is the reason he’s at the top, and folks are predicting bands like Florida Georgia Line are not long for this world.

Luke Bryan’s singles “Play It Again” and “Drink A Beer” weren’t terrible either. And they weren’t good too. But they were effective. Bryan’s last single “Home Alone Tonight” didn’t even hit #1 on the Billboard Hot Country Songs chart. At least not yet. Luke Bryan may be dumb, but he’s not stupid. He sees acts like Chris Stapleton coming up on his heels, beating him handedly in the albums charts every single week, and winning awards out from under him. That’s probably why Bryan cached a song like “Huntin’, Fishin’ And Lovin’ Every Day” on his latest album to begin with, just in case.

How will “Huntin’, Fishin’ And Lovin’ Every Day” do? Will it be his first non radio #1 in the last eight tries from Luke? Will the insular radio programmers give it a chance, or will they think Luke has lost his mind? Will country music conspiracy theorists say Luke’s just trying to capitalize off of Chis Stapleton’s success? (Check the comments section, they’re coming).

“Huntin’, Fishin’ And Lovin’ Every Day” is a song that doesn’t suck that is being sent to radio, and so it should be applauded. Tepidly. And the qualifiers of who’s singing it, who wrote it, and how it sounds like stuff from the (near and far) past are being picky in an environment where only pragmatism will ever pull country radio out of the gutter it is currently in. Chris Stapleton and to an extent Tim McGraw have opened a door on country radio where better songs can walk in and actually be successful, and now artists like Luke Bryan are walking through it.

So yes Luke, by all means, you go hunt, and fish, and love every day, over and over, again and again, like a droning broken record. Because repetitive, mundane, retreaded songs are still better than whatever the hell Thomas Rhett and Sam hunt are doing.