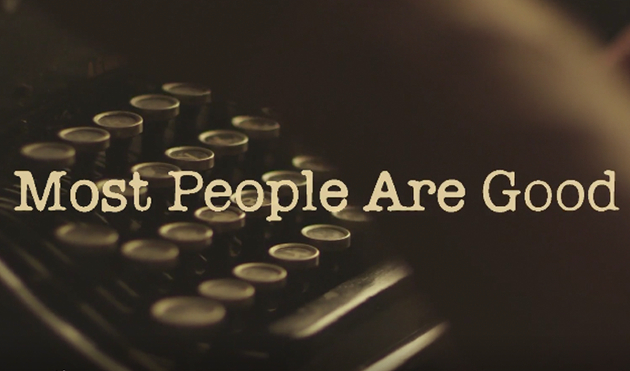 I’m sorry, but Luke Bryan’s “Most People Are Good” is a good song. It’s a really good song. And we’re all just going to have to deal with that in whatever way we individually see fit, however painful it might be. That means you, staunch country traditionalist, with your fingers hovering just above your keyboard while trolling Facebook, waiting to type “Never Heard of Her” whenever Luke Bryan’s name or his Gomer Pyle grin comes flashing by in your news feed.

That means you, stuffy NPR-listening dedicated follower of all things independent in genteel Americana. That means you, punk gone country crust punk kid who now counts themselves a Don Williams convert. Because if I have to eat a big heaping helping of green eggs and ham on this one, then dammit, you’re gonna have to pick up a fork and join me. It’s only fair. Because however many battles we’ve fought with ol’ Luke over the years, he deserves more than a pass on this one, he deserves a handshake, and a pat on the back.

“Most People Are Good” is not just a good song, it’s a good country song. It’s by far and away the best song from Luke Bryan’s latest record What Makes You Country, and maybe the best from Luke Bryan since he made the transition as mostly a songwriter to a performer in the late oughts. And now we’re able to call “Most People Are Good” a good radio single, because it’s the latest selection from arguably the biggest current artist in “country” music to head to the airwaves.

“Most People Are Good” nestles down into a quieted half-time beat indicative of the old Gentle Giant himself, and delivers not just a meaningful message, but an amiable mood. Granted, the songwriting here is nothing special, at least if you’re looking for a story, or quick-witted turns of phrase. It’s just a series of affirmatives similar to the Tim McGraw/Lori McKenna song “Humble and Kind.” But that song went on to win Song of the Year in a number of venues, and deservedly so. And if “Most People Are Good” did the same, it would be hard to argue against.

The biggest problem with “Most People Are Good” is Luke Bryan. Not that he sings it poorly, in fact he does a fine job with the composition written by David Frasier, Ed Hill, and Josh Kear. It’s that similar to Florida Georgia Line’s “Dirt,” the difficulty will be for most non-mainstream listeners to remove the bad taste in their mouths to even give a song like “Most People Are Good” a chance. But like “Dirt,” Luke Bryan doesn’t just deserve credit for cutting the song, he deserves accolades for showing some leadership for releasing it as a single. Does it make up for all the damage he’s wreaked on country music over the last decade? Of course not. But frankly, it can mean more in the grand scheme if Luke Bryan releases a quality single that’s sure to go #1 than it does if your favorite little indie band writes a better song that never gets served to the ears of the masses. 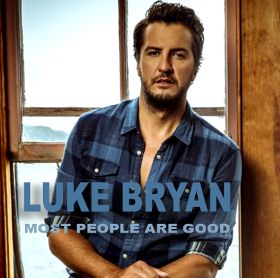 And something else remarkable about “Most People Are Good” is the line, “I believe you love who you love ain’t nothing you should ever be ashamed of.” None of the online outlets yelling at country artists to take a more forward-thinking approach to social issues will ever give Luke Bryan and the songwriters any credit for including a line like this in a major song, when they should be raising his name and this song to the roof if they actually cared about social change through music as opposed to just scoring body blows and venting anger against their enemies in pointed political take downs.

You don’t change the world through music by singing polarizing protest songs that do nothing more than preach to a choir and push away the audience that the message is needing to reach. Protest songs have their place in the musical landscape too, don’t get me wrong. But Margo Price is never going to help close the wage gap by equating the formation of the United States to the institutionalized enslavement of women, not only because it’s just not true and is delivered in an angry and ugly manner, but because nobody’s listening, especially those who supposedly need to hear it.

Luke Bryan isn’t coming out for gay or interracial marriage here necessarily. He’s just simply saying, “Hey, if two people love each other, who gives a damn? Good for them. None of my business.” And it’s these types of messages served in a simple, nuanced, and respectful manner that actually help cause the slow eroding of prejudices most all rational and cultured people agree should be put in humankind’s past.

Truth is, Luke Bryan always includes a few pretty good songs on his records, and we’ve said this for years. They’ve just never made it out as singles. And as the album concept continues to erode in the mainstream, singles become even more important, just as the importance of album cuts diminishes. The lead single from Luke Bryan’s latest record “Light It Up” was nothing short of a disappointment, despite the gerrymandering of it to #1 on radio. Make no mistake, there is an economic and strategic reason behind releasing “Most People Are Good” as a second single. But if the tea leaves are reading that the appetite of the public is for better songs, this should be read as a positive prospectus for the future of the mainstream.

One of the most dangerous things you can fall prey to when trying to assess the current pulse of country music is to let your perspective fall behind the timeline. Remember when people thought the worst thing going on in country music was Lonestar singing songs about sippy cups, when waiting in the wings was Taylor Swift ready to win two CMA Entertainer of the Year awards in three years? Remember people hard cursing Kenny Chesney when Florida Georgia Line’s “Cruise” was shattering records? Things are constantly shifting, and in just the last couple of months, they’ve shifted in a more rapid pace in country music than in the history of the genre.

There is no reason to believe Luke Bryan has turned a corner, because there are plenty of indications on What Makes You Country that he hasn’t. But how many wrote off the career of Tim McGraw due to his early output, swore off Miranda Lambert after Platinum, and now see these two as some of the best names in the mainstream? Nobody knows what the future holds, and if “Most People Are Good” finds success—which it should—then the likelihood is we’ll hear more singles like this from Luke Bryan and others, just as its failure will give the industry the excuse it needs to never go down this road again.

That’s why it’s dependent on all of us that care about the institution of country music to support songs like “Most People Are Good,” if in name only. You don’t have to listen to it, and you certainly don’t have to submit your credit card info to the Luke Bryan Fan Club. But if the people of country music let it be know that this is what you would rather hear representing country music, then maybe next time you’re trying to explain to your co-worker or cousin, “Yeah, I like country music, but not that country music,” you won’t have to be so embarrassed, or burdened by needing to load up on qualifiers.

“Most People Are Good” is a song of hope, and a song about searching out the good in life as opposed to always focusing on the negative. It’s a timely message, and allows for the listener to take a deep breath in a tumultuous world. It’s a message not just worthy of a wide ear, it’s also one that’s important to take to heart in the effort to save country music.