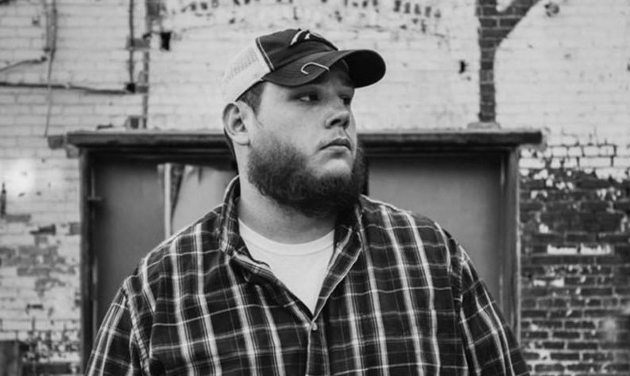 You want to like Luke Combs. He one of us, not one of them. At least that’s what you think, or that’s what you thought, or that’s what you want to think. Let’s face it, he’s no matinee idol. He’s a big ol’ corn fed boy from North Carolina with a scruffy Amish beard and a cheap haircut tucked under a properly-aligned baseball cap. He looks like a guy who can deliver you some honesty and truth in a plastic country music world, cast from the John Moreland mold so to speak.

Luke Combs has come up through the ranks not as a polished and manufactured country pop star, but through slowly developing a grassroots following. At one point he was signed to independent juggernaut Thirty Tigers, though he’s since moved to River House Artists/Columbia Nashville, which is a division of Sony. Maybe the Chris Stapleton success has fundamentally reshaped the mindset on Music Row, if not making them realize that guys like Luke Combs could be the future of the genre, at least understanding that they should at least have a part in that future, and can sell records if just given a chance.

But looks are one thing, and music is another. Luke Combs released a 3-song EP in November with the cover as a Skoal can, and the title track as a guitar heavy protest song decrying the direction of today’s country—“These days it’s all wannabes singing someone else’s songs” the song says—while heavy ‘Outlaw’ rock guitars bray in the background. 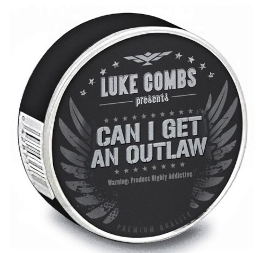 Though all this bluster definitely perked the ears of those easily influenced by symbolism and anti Music Row anger, as has been said before on Saving Country Music ad nauseam, many protest songs are even more cliché than the songs they’re decrying, and “Can I Get An Outlaw” is especially canned and formulaic. You no longer have to squint to make Eric Church out to be Music Row’s corporate answer to the Outlaw culture, Luke Combs makes an easy pick.

But the Can I Get An Outlaw EP has been rendered virtually irrelevant; forgotten in the shadows of what is slowly becoming a mega hit for Luke Combs called “Hurricane.” The song has already received some 28 million spins on Spotify, and the video has been seen nearly 6 million times and counting, and it just crested into the Top 30 on country radio. “Hurricane” will be a #1, because all lead singles from major label-signed male corporate Nashville stars go #1. It’s a rite of passage.

Starting off with the incredibly cliché electronic drum beat and hand claps, and anchored by a terribly trite and inorganic chorus, this is a song cast in the mainstream corporate country music mold if there ever was one. It’s so cliché it’s hard to know what to say about it without sounding cliché yourself. With truck, whiskey and “hair blowing in the wind” references, about the only wrinkle “Hurricane” affords differently from every other generic mainstream country song is that it does end on a more dark than bright note. So it’s more Tyler Farr than Luke Bryan maybe, but it’s still much more a product of the machine as opposed to something from the outside we should celebrate being accepted into the mainstream country music fold.

The ultimate problem with “Hurricane” is the song is structured to pay off big at the end of the chorus with the line, “You hit me like a hurricane,” but how many million times have we heard this trope in music? I can’t tell you why this song has received so much attention besides smart placement on high-profile Spotify playlists and a promotional budget from Sony. Sure there are worse, but that’s only because we live in the era of Sam Hunt, while the options that are better are immeasurable. Take the song “Hurricane” from Possessed by Paul James for example, which at least delves a little deeper about how life hits you in the face in a manner that’s hard to manage instead of just using the hurricane illustration to iterate yet another generic love song.

Luke Combs needs to decide what he is. Outlaws don’t release songs like “Hurricane” on major Nashville labels, or at least they wrangle control from the producer behind the mixing board and at least put their foot down about adding electronic drums to start off a song. I have no doubt “Hurricane” will be a super hit (if it shouldn’t be considered one already), but if Luke Combs wants to be taken seriously by either side of the country music divide, he better choose which side he’s on, and make sure it’s the one that most allows him to be himself instead of what others want him to be. Otherwise, his success from “Hurricane” will be short lived.