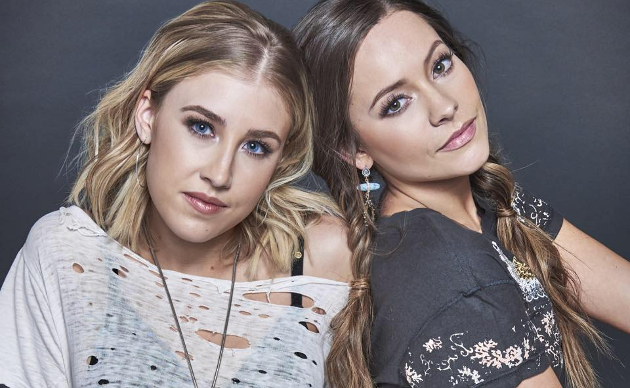 When Scott Borchetta signed Maddie & Tae to the Dot imprint of Big Machine Records, he wasn’t signing a signing duo, he was signing a song. And why not, it worked with Florida Georgia Line and “Cruise.” Scott Borchetta knew there was a backlash brewing against Bro-Country, and Maddie & Tae’s “Girl In A Country Song” was the perfect answer. And it was, at that time. Even if everything faltered afterwards, Scott Borchetta had himself a hit.

But of course Maddie & Tae are much more than just one song. They possess a keen skill beyond their years to encapsulate heartfelt sentiments into music. But it’s been a struggle to prove that to the rest of the world since “Girl In A Country Song” hit #1. When their single “Sierra” stalled at #47, they couldn’t survive the shuttering of Dot Records. And despite being picked up by Mercury Nashville, their struggles continue. The duo’s recent single “Friends Don’t” also stalled at #47 a few weeks ago, and despite a slight bump up to #46 this week on Billboard, the song fell completely out of the Top 50 on the current Mediabase charts. It could still rise, but it’s facing an uphill struggle.

Though we’ve been promised a new album from the duo and been told it’s a concept record following the arc of a breakup, we still don’t have a release date or title for it yet. What we do have is a second song from the record called “Die From A Broken Heart.” Where “Friends Don’t” found the duo veering into pop territory compared to their more traditionally-styled past, “Die From A Broken Heart” finds them heading back to their roots. No, this is not Whitey Morgan & the 78’s, but it is a song about momma and heartbreak, and has a healthy and sensible amount of steel guitar to set a good mood behind well-written, heartfelt lyrics.

There’s plenty of mainstream country stars right now like Walker Hayes and Lauren Alaina braying about the virtues of 90’s country in radio singles, but Maddie & Tae are the only ones actually singing and writing stuff even closely resembling it. If the duo’s new album plans to trace the story of a breakup, they sure did the immediacy just after being left fair justice in “Die From A Broken Heart.” Like all good country songs, “Die From A Broken Heart” would fit well in most any era.

Maddie & Tae are a mainstream country act, and one that never paid their dues out on the road. Touring with Carrie Underwood in 2019 will help, but that’s well in the offing. They must rely on radio to help support their cause and careers, and as well all know, radio is more of an unwieldy beast than ever. “Die From A Broken Heart” would make a great addition to country radio, but if true country and Americana fans like a song, that’s not always the best sign for commercial radio prospects.

There are many mainstream country women trying their hand at pop, and still failing to find favor with country radio. It’s going to take a different strategy, something more sincere and resonant to break through the low ceiling sitting over female prospects. A song like Maddie & Tae’s “Die From A Broken Heart” may not be a bad selection.