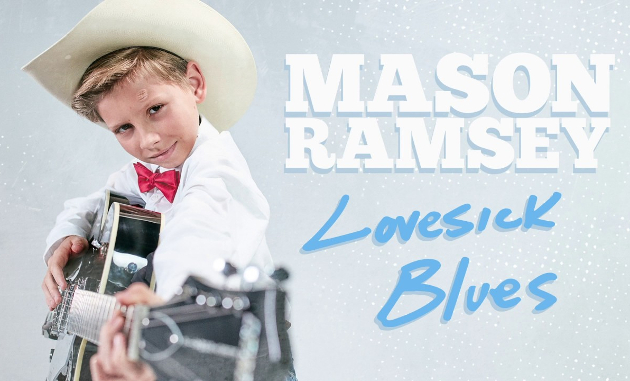 See, this is what they should have been doing with the Wal-Mart Yodeling Boy from the start, not sticking him in some studio with Joey Moi of Nickelback fame to record a song left on the cutting house floor after a Florida Georgia Line session. Sure they may have sucked up a little coinage off the stupid single “Famous” for about 30 seconds, but who’s talking about that song now? I’d have more respect for them if they had gone all the way with it, sent it to country radio, pulled the kid out of school, set him up with a tutor and put him on a radio tour. Instead “Famous” looks like a strange one-off that depending on the direction Mason Ramsey decides to take with his career from here, could haunt him to his ever-loving grave.

What made Mason Ramsey cool and intriguing to the internet was that he was unique, and out of left field. And whether people were paying attention to him because they found it laughable or lovable, they were nonetheless engaged, which in this fragmented media culture is nothing short of a miracle. Yes, much, if not most of the interest in the original Mason Ramsey video was tied to some sort of meme-style ridicule. But underpinning the entire phenomenon was the awakening of interest and intrigue into the timeless resonance of the yodel, and its use in traditional country that people recollect upon fondly.

Mason Ramsey proved what many have been asserting for years, which is that if just given a chance, the classic style of country could be resonant, relevant, and infectious. And what made Mason Ramsey’s first commercial product so displeasing is that it didn’t include any of this. In fact in many ways it was the polar opposite. They took the yodel out of the Yodeling Boy. Putting him in a studio to record a proper version of “Lovesick Blues” first made super famous by Hank Williams is exactly what they should have done with Mason Ramsey in the first place, and the results speak for themselves.

Mason Ramsey is an incredibly talented kid who can yodel country with the best of them, and his studio version of “Lovesick Blues” proves that. Tastefully done to be inspired by Hank’s original rendition without completely mimicking it, it’s a fun listen from a kid who could have a promising future in music if the moves made with him are smart instead of hasty, and focus on a long-term view instead of a short-term cash grab.

Mason Ramsey doesn’t even need to be singing original songs at this point. Put out a record where he sings all classic country covers, featuring his yodel and his voice as it stands now, which as he gets older will eventually change, and will allow him to change with it. And once he gets some real world life experiences under his belt, perhaps he can sing more original material penned by himself or others. For now, let him be a kid. Let him be a prodigy. A good example of what to do with Mason Ramsey would be performer Mary Sarah, who released a duets record covering songs from lots of country heroes, with the country heroes participating themselves.

If it’s meant for Mason Ramsey to make a living in music, or even for him to become a major star on his own merit, it’s not going to happen overnight. It’s going to happen because he offers something unique to the ear and universally intriguing, just like he did in the very first viral video. The truth is, it’s more often that prodigy performers flame out instead of fly high as they hit young adulthood, and most important to everyone should be how they develop as people, with music being the way to create structure, passion, and life lessons for them.

Mason Ramsey’s future in music is uncertain. But if he’s going to be successful, it will be because he offers something unique, original, and interesting. In this case, covering an old classic country song is way more interesting and original than recording an “original” cast in today’s commercial country formula.