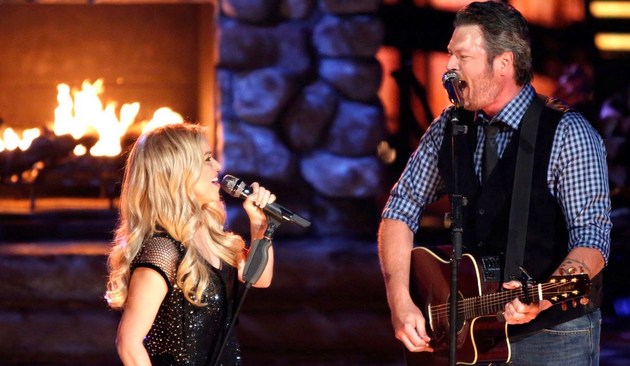 It was announced Monday that the song “Medicine” by Shakira featuring Blake Shelton will be performed by the cross genre duo at the 49th Annual ACM Awards on Sunday, April 6th. Aside from whatever ills the song itself might contain, the slotting of the performance on a major country awards show once again illustrates country music trying to use stars of other genres to promote itself, instead of showcasing the virtues of country and why the genre is worthy of attention on its own.

Having a performer from outside of the genre collaborate with a country artist is certainly not unprecedented for an awards show, or a radio single, or any general cause for alarm. What makes this case somewhat exceptional though is that this is Shakira’s song, appearing on Shakira’s album, especially when you consider there is so much noise leading up to the ACM Awards about a lack of space to showcase worthy country artists, including this reasoning being one of the justifications for the ACM’s breaking their rules and nominating Justin Moore for New Artist of the Year when he’s clearly ineligible. There’s also a lack of solo female representation in the ACM’s current performance plans and on country radio. Replacing a worthy female country voice with one from the pop world seems short-sighted.

Making matters worse, Shakira isn’t just releasing this song in her home genre of pop. It has entered the Country Airplay charts this week at #57. “Medicine” is Shakira’s “gone country” moment. All that said, “Medicine” as a song is not all that bad … for a pop song. In fact if you compared it with many of the top songs in country right now like Jerrod Niemann’s “I Can Drink To That All Night,” Brantley Gilbert’s “Bottom’s Up”, or Tim McGraw’s “Lookin’ For That Girl”, it is downright refreshing. Whether it’s a symptom of just how far down the pop/EDM/rap road country has traveled or any true merit “Medicine” actually contains, I’m finding it hard to get worked up about this song either way.

Pop country stars use it as rationale all the time to smooth over their commercial outreach into the pop world: they say that country has always had its pop leanings and sensibilities with artists like Patsy Cline and Eddy Arnold. And you know what, they’re right. What has changed now is that country has backslid so much, a pop song can sound like a dalliance with substance and roots compared to your average country radio offering, or even sound more country than your average country song. That is what you get with “Medicine”, along with the common phenomenon of when non country artists do country songs, they tend to gussy it up in things like fiddle and steel guitar to insulate it from easy criticism.

Lo and behold, a subtle, but present steel guitar starts off “Medicine”. ClichÃ©, but classic lyricism about heartbreak create the structure of the song that does a serviceable job showcasing the vocal abilities of both Shakira and Shelton, which is really what this song is all about. I definitely could do without Blake’s “Po po po poppin’ the pills” part, but these are the little catchy elements that appeal to nubile pop ears, so they’re understandable in this context. Shakira has an interesting, unique cadence that draws the ear in, and the song is effective in widening the exposure of her talents. “Medicine” is a song about being unable to drown the misery of a broken heart, which despite being done many times in country and other genres, will always have a relevant and rather universal appeal.

With top male country music in such a downward spiral, while at the same time systematically dominating the top of the format, we may have to get used to the new reality that pop music may in fact hold more depth and more artistic merit than most mainstream country. This has been the case made by many Taylor Swift apologists for years, and can also be seen in the rise of pop artists like Adele and Lorde.

Is “Medicine” a good song? God no. Is it country? Not really, but there’s some country elements there. If it had remained in the pop format where it belongs, then there would be no reason to cry foul. But it didn’t. Nonetheless, there’s much bigger fish to fry than Shakira releasing a silly, one-off pop country song.

1 Gun Up for decent lyricism, strong vocal performances, and unoffensive music for a pop song.

1 Gun Down for at its core being a wistful and quickly forgettable pop song calling itself country.