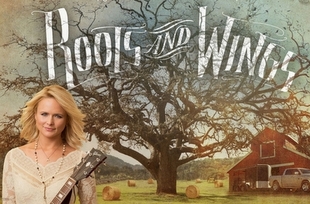 When we first heard the sumptuous, but oh so brief minute-long snippet of Miranda Lambert’s song “Roots & Wings” back in January as part of a Ram truck commercial, it was all we could do to contain ourselves from wanting to feast our ears on the whole thing. What an ass backwards country music world we live in where you get clued into a great new song through an advertisement, while radio continues to descend into a wasteland. But that was the fate of “Roots & Wings.”

Now Miranda Lambert and Ram have released the full thing, or actually two separate extended versions: one in a 3-minute video that is similar to the original minute-long release, and a full 4:55-minute studio version that is available through all the major digital outlets like iTunes and Spotify.

What’s so great about this song is summed up in the “I’ve got roots, I’ve got wings,” lyrical hook. Such a simple country song sentiment, but one we surprisingly haven’t really heard before, especially in this type of context. This is what country music is supposed to be all about: deep feelings simply stated. The verses also rise to support the idea of being both grounded in who you are, yet allowed to soar in life by following your dreams. On paper all of this may seem a little hokey, but that’s not the way “Roots & Wings” comes across at all. Miranda’s delivery is strong, and not too twangy or attitude-driven which can sometimes taint her music.

The separate versions of “Roots & Wings” presents two slightly different musical palettes. Both are rich with acoustic guitar and dobro/resonator, but of course some Joe Perry-inspired rock guitarist has to stop by to play the solo. However in the video version, the guitar solo is much more subdued under the rest of the instrumentation, whereas the studio version it’s cranked to 10.

After the video version rests at the 2:58 mark, the studio version keeps going, giving an extended opportunity to what I’m sure was an elated dobro player who’s used to only getting 7 1/2 seconds at the beginning of songs to prove how “country” the song is. This extra two minutes of hanging on the melody in the studio version was likely ordered by producers so that Dodge could have a vocal-free music bed to use in future commercials that would still refer back to the memory of the “Roots & Wings” chorus.

Miranda Lambert wrote this song herself, and though you can find some stuff here and there to nitpick (the guitar solo, the superfluous “ooos” maybe), it’s not a bad offering at all, and at least as strong, if not stronger than any of the singles released from her latest record.

And why not release “Roots & Wings” as a single, at least the video version? Why do we have to coax this song out of its handlers and piecemeal it to the public? It’s Miranda for crying out loud, and it’s a hit. If she released it and didn’t have a #1 with it, I’d eat my hat, and it would probably at least get nominated for some awards show hardware.

Miranda Lambert’s “Roots & Wings” is a song that can win a wide appeal beyond the truck buying public, including with more rootsy country fans who she left behind after the Crazy Ex-Girlfriend era. In a word, “Roots & Wings” is songwriting.