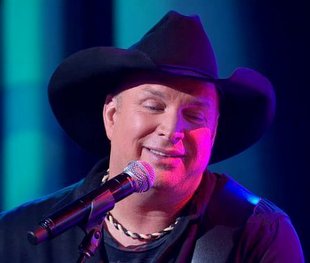 When it comes to Garth’s new album Man Against Machine, I’m not sure if it is possible for his singles strategy to be more ripe for second guessing. The first single “People Loving People” might as well have not even been released. In fact the case could be made that Garth would have been dramatically better off not releasing a single at all at this point. Now that his first song back has flopped, it’s going to make program directors even more reluctant than they were before to feature a 50-something, somewhat pudgy and out-of-touch star that’s an unknown quantity to most of their target demographic. American radio is already on rickety footing when it comes to the public’s attention span as their appetite for technological alternatives to radio continue to grow. To be taking chances on artists whose peak of relevancy was 20 years ago is a gamble, even if their name is Garth.

It’s unquestionable Garth Brooks has a capable team around him to promote his singles, but from the outside looking in it appears he’s surrounded by yes men who will ignore the data they have on his new songs and shoot whatever Garth is most enamored with at any given moment to country radio and hope it flies. Garth just needs to let people know he’s out there making music again with a sensible single that will get decent play; something beyond local headlines declaring he sold out half a dozen shows in six minutes. If Garth hasn’t played your town or you didn’t tune in for the awful American Music Awards, there’s little reason to know he’s back. Instead of letting radio do its job, Garth’s swinging for the home run ball on the first and second pitch, and like when he tried out for the Padres, he’s going down swinging.

No offense to “Mom,” or even “People Loving People.” These are not terrible songs in themselves. There’s just no sensibility to releasing them as singles. “Mom” is one of the few songs on Man Against Machine that actually resides in the sweet spot of Garth’s vocal range, where his bellowing low end can compliment the beginning of each phrase in a way that evokes memories of his early blockbusters. For my liking, I still think the song could be a half step lower, but unlike much of Man Against Machine that captures Garth in this pallid middle range, his voice is an asset in this song.

You would have to characterize the instrumentation and approach to “Mom” as traditional. Fiddle, steel guitar, piano, and a slow, reflective rhythm looking to capture memorable, shiver-inducing moments all makes for something refreshing to hear on mainstream country radio, but only if they’ll play it. All the soccer moms that once were one of country’s mainstays have moved on to the AAA and adult contemporary format. 16-year-old boys with their fists pumping to Florida Georgia Line are going to find “Mom” about as fun as a 9 PM curfew. And no matter the appetite of Robin Roberts on Good Morning America and a studio full of shills crying alligator tears, this song simply doesn’t resonate unless you’re suffering from morning sickness.

The problem with “Mom” is it has that mawkish, signature-Garth over-sentimentality that just makes you want to vomit. Are the words themselves terrible? No. But the lyrical payoff’s potency is good for about one pass of the song, if you can’t see the “Mom” hook coming from a mile away, which most listeners will. Where it’s supposed to deliver people to this warm place, instead it instills this rainbow of conflicting emotions, and even weird thoughts of personhood and conception—somewhere a country song shouldn’t go. Some, if not many moms and children’s experiences with them are much less idyllic than is what is portrayed here. Yes, we all love our moms, but the sad reality is some of them are bat shit crazy, and others are completely unprepared for parenthood. What about the babies who get delivered into their arms?

In the mid 90’s this song would have wooed America, and it still will be effective on some of the daytime TV crowd. But today we’re too gripped with irony and sarcasm to let something so sappy and direct resonate widely, which in truth is probably a sad commentary in itself, but a true assessment nonetheless. Garth has compared this to his iconic song “The Dance,” but “Mom” comes nowhere near capturing the universal sentiment or depth “The Dance” does, not matter what decade your perspective is stuck in.

No, this song is not terrible, and it’s not its fault that society these days is so bitter and full of angst that they can’t enjoy a song like this at least a little bit. It may do better than “People Loving People,” but I’m not sure if that’s saying much. Garth has a whole albums worth of songs—arguably all of the ones except the two he’s picked—that will work fine for radio, and one in “Tacoma” that could be huge. But the question is, by the time he gets to them, will everyone have grown tired of Garth 2.0?

One Gun Up for a fairly well-written, traditional, and heartfelt song.

One Gun Down for sappiness, short-sightedness, and over-sentimentality.