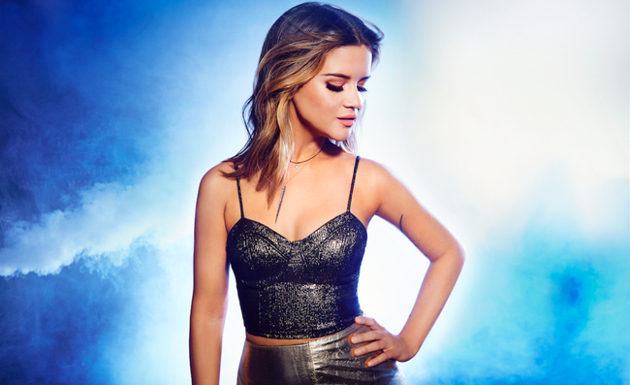 A strong case can be made that Maren Morris is one of the worst things, if not the worst thing going on in mainstream country at the moment, with just a few select challengers.

As the bros like Luke Bryan, Thomas Rhett, and Chris Janson release consensus picks for the most subsnative songs from their respective albums as radio singles, as artists such as Scotty McCreery and even Cole Swindell surprise us with not just the the decency they capture in new songs, but the success they’re having with them, as Jon Pardi’s most traditional country song “She Ain’t In It” continues to climb the charts, and as some of the historically worst offenders in the mainstream such as Blake Shelton release better records than we’ve heard from them in a decade, and Dierks Bentley looks to reignite his bluegrass roots with his new effort, it’s not the swinging dicks of Music Row making us most hang our heads in shame of what country music has become. The men, with some notable exceptions, seem to be taking a cue from all the commercial success and critical praise for performers like Chris Stapleton, and are trying to offer something better, and more sustainable to the format. Midland, anyone?

Meanwhile it’s Maren Morris, and a host of now purely pop women like Bebe Rexha who are most responsible the worst offenses on the country radio dial at the moment, and not just from the level of non-countryness of the selections, but just a downright immature slavish obsequiousness to materialism, image, and a pop culture trend chasing that makes these songs downright unhealthy for the ears of the masses. The latest Maren Morris single “Rich” is the perfect example.

“Rich” is about how wealthy Maren Morris would be if she got paid every time some beau of hers disappointed her. Sure, that may be one method of accruing wealth. Or, you could ride into mainstream country on a promising lead single that seems to pay homage to all the old greats (“My Church”), only to then pull a pop music Trojan Horse sneak attack, sell out as hard as humanly possible by cutting one pop song after another—including an unequivocal pop single/commercial for Target—and then release easily your worst, most embarrassing and monstrous single that straight up rips off the melody of Steve Miller’s “The Joker” to country radio to double your earnings, all the while attempting to shield yourself from criticism by trying to act like a “leader” to open country music up to pop sounds, and pound people with your political beliefs so Nashville’s clique of beltway journalists won’t just defend you, but scream “sexism!” and “mysogyny!” toward anyone who dares question if this music is simply fit for the country format.

Maren Morris is a leader alright. She’s leading country music right into a hellhole malaise of indolent stupidity with songs like “Rich.” Name-dropping Diddy, Prada, and Mercedes, slathering the whole effort in cultural appropriation, pandering to the least common denominator, how can anyone listen to this and somehow defend the effort as anything but a massive play for a handsome payout at country music’s expense?

Yes, there are women leading a country music revolution. But as they’re recording and releasing songs that actually say something and speak to people in some sort of deliberate way, they’re being crowded out and ignored in lieu of a few select exclusively pop stars. Maren Morris has no respect for country music. It’s a burden to her. She can’t stop talking about how constrictive it is, and how it needs to “open up.” And this is her very first album cycle. She wants to go more pop than “Rich?” Why did she get involved with country music in the first place? The answer is because she would have never survived an introduction via pop.

And meanwhile there are amazing, inspiring women who’ve devoted their entire lives to country music from a very young age—true country music, or even pop country music—that barely anybody is paying attention to. Caitlyn Smith may have just released the best country pop record of the last decade. Kacey Musgraves just released two new songs, both of which sound very promising, and neither of which has been slated for a single. Are the major labels not even trying? And where is the concern for how these other performers are being treated? Defending songs like “Rich” and “The Middle” from Maren Morris is the hill you want to die on? And this says nothing of the women in Texas, east Nashville, and other places doing country music the right way, and are being completely ignored.

The real sexism in country music is occurring behind-the-scenes, by people who don’t have to make a living sharing their long-winded opinions every day that can then be sifted through to find out-of-context pull quotes to portray them however anger-fueled politically-motivated headhunters wish them to be. Meanwhile country’s radio executives and label owners continue to shift money and resources away from country’s women in a systematical downgrading, and point to Maren Morris as a token of how they support females in the format.

And don’t believe that this heavy-handed opinion on “Rich” is somehow payback for Maren’s “basement dweller” shot at Saving Country Music. I was on record 18 months ago saying Maren Morris and her record Hero consisted of the song “My Church,” and a bunch of other fatuous garbage, and specifically singled out “Rich” as one of the worst, if not the worst of the set. And look here, now it’s the latest pop monstrosity making it to country radio.

We all want women to have a fair shake in country music. We all have a vested interest in making sure the best artists, the best songs, and the best performances are sifted to the front of the line, and that gender, race, region of origin, or anything else does not play into the equation. It behooves all of us to make sure that the quality of the material, not the demographics of the artists are what determines who gets our support and attention.

But Maren Morris is addition by subtraction for country music’s women. It doesn’t mean she couldn’t change course in the future. Undoubtedly, many artists who started out releasing the worst songs of their careers have shown they can take a greater responsibility, and push country to be more subsnative and inclusive of its roots. I never thought I would be saying that about artists like Luke Bryan, Cole Swindell, Thomas Rhett, and Chris Janson. But here we are. That possibility is also out there for Maren Morris. But only if she is willing to listen to the fair-minded concerns of her critics, instead of passing it all off as beneath her, and a product of misogyny.