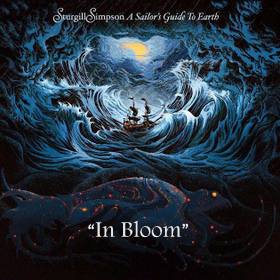 It has been said often about country music, and about popular music in general, that we need a “Nirvana moment”—meaning a point in time when everything we know about music is turned upside down, and an era of more authentic and raw expressions is ushered into the popular culture. But this theory has always involved a bit of revisionism and myopic perspective. Just like Hank Williams, just like Townes Van Zandt, the tragic and poetic death of Kurt Cobain has inexorably skewed our perspective on his influence and importance in popular culture.

Nevermind wasn’t even Nirvana’s first record, and it’s popularity was preceded, paralleled, and eventually bested by Pearl Jam’s Ten, and was bolstered by a crowd of other grunge artists who were also important to the revolution in popular music at that time. 1991 wasn’t just the story of one man, one song, one band, or one album. Undoubtedly, Kurt Cobain and Nirvana were incredibly important to what happened to popular music in the early 90’s, but we’re always looking for just one, when many are usually to blame.

There seems to be something intuitive to the human design to expect all of the ills of society to be resolved by one person, whether that’s a popular music artist, a Presidential candidate, or a Messiah busting through the clouds to usher in the rapture. And so as creatures of habit, we take burdens, many of which would be more fairly assigned to our own shoulders or the shoulders of many, and lump them onto this one person. Or we assign the absolution for all previous burdens to a cult of personality figure from the past.

This leads us all to Sturgill Simpson, whom many have compared to that biblical “Country Music Savior” or modern day Kurt Cobain that could come in and so completely reshape the current music paradigm, it would usher in an entirely new era of substantive entertainment that would be lasting for generations and save us all from the current scourge of simplistic pap. And here Sturgill goes cutting a Nirvana song. Without hearing a peep of it, that in itself seems poetic, or maybe even prophetic. Right?

What was Nirvana’s album Nevermind about? What was “Smells Like Teen Spirit” trying to say, and even more specifically “In Bloom,” which is the song Sturgill has selected to cover? “In Bloom” was Nirvana spilling its frustration on how the message they were trying to convey through their music was being lost on its audience. Their ideology was being diluted by the sheer number of people it was reaching. They were fed up that a portion, or even a majority of Nirvana’s “fans” were just there for the scene that had been created around the music, or the blood and guts and rawness of it all. They were tired of people assigning their own desires to what the music was saying instead of trying to interpret what the band was really trying to convey.

“But he don’t know what it means, knows not what it means…” the song says. In fact this premise of misunderstanding is echoed throughout Nirvana’s Nevermind, including in the more well-recognized “Smells Like Teen Spirit,” and is embodied in the title “Nevermind,” which is the band acknowledging that their message was being lost, misinterpreted, or downright ignored as come-a-long grunge fans banged their heads to the beat mindlessly.

The premise of “In Bloom” is quietly brilliant, and the more the song and Nirvana became misunderstood (including how society assigned hero status to Cobain), the more brilliant it became. But whether it is Nirvana’s version, or Sturgill Simpson’s version, “In Bloom” is an indictment of ones own fans, and is based in part on judgement and assumption. Sturgill gives the song a slight twist by adding the addendum, “But he don’t know what it means, knows not what it means…to love someone,” but despite the more bright feel of the music of Sturgill’s version, the message remains the same.

“Here we are now, entertain us,” was what accompanied the release of Sturgill’s “In Bloom” song and video Thursday (3-24) on social media—another indictment Nirvana thrust towards its fans in song, and was misunderstood by many. Even today, we see headlines talking about Sturgill’s version as being “happy,” or even “uplifting.” But at the core of “In Bloom,” is a level of judgement, however true it might be for some indolent fans. There’s nothing happy or uplifting about it.

At a show at the Ryman Auditorium last November, Sturgill had to help break up a fight from the stage and said, “I can’t wait ’til all these flannel shirt/beard motherfuckers figure out I ain’t like them.” Has this entire move by Sturgill to slowly extricate himself from the sonic burdens of country music been just as much about expanding his creative possibilities as it’s been to push back on the public perception of who he is, and how he should be assigned as a “savior,” which is the same motion that defined Kurt Cobain throughout his short career?

Just like Kurt Cobain, Sturgill Simpson has been hounded by the prevalence of misunderstanding. In the press, in the population of his fans, there are thousands that have shown up just to be a part of the scene, while the message, and even the style of Sturgill’s music passes well above their heads. There’s the Waylon Jennings comparisons, there’s references to his songs as “drug music,” even though this applies to one, maybe two songs, and even these are just passing references, and not the condoning of anything. But more importantly, there’s the lumping of responsibility on Sturgill to be a country music savior, to save popular music just like Kurt did, and the expectation to criticize other current country artists. Perhaps all of this has become buried in Sturgill’s psyche, and is now being expressed through his music.

Covering Nirvana’s “In Bloom” is two parts brilliant, but it’s one part troubling. Judgement is a two way street, and can come to the stage, and from the stage. How do we know that the villain of “In Bloom” doesn’t know how to love someone?

All of this information, and what “In Bloom” is trying to say, is critically vital to understanding this song. At its core, “In Bloom” is enigmatic, and necessitates analyzing and placing in context for one to be immersed in the full experience. Otherwise, you become the song’s dupe. And “In Bloom” needs dupes to be effective.

But brushing that all aside, what do we have with Sturgill’s version of “In Bloom”? First, this song says something, and it goes somewhere, both sonically and lyrically, which is a good sign after the slightly meandering “Brace For Impact.” Though it may seem ironic, “In Bloom” is decidedly a more country-sounding song than the previous two Sturgill song releases. The steel guitar sounds like a steel guitar, and just like Sturgill did with a previous cover—“The Promise” by When in Rome—his use of vocal dynamics is how he adroitly makes the song his own.

The concern about how horns would integrate into Sturgill’s music is rendered almost superfluous by the time they actually show up in “In Bloom.” In fact it would feel sinister if they were removed. Same goes for the strings, and other accoutrements that some might consider “non county,” which aid to the incredibly dreamy and ethereal landscape Sturgill creates both as singer and producer. Though it’s fair to point out that as a cover, this song is more interpretive than original, the effort is no less valiant.

All this talk of genre has it all wrong with Sturgill Simpson. Genre is still incredibly important, but it’s not the only concern of music. Good music defines genre, but great music transcends it.

Popular society foisted all of its hopes, burdens, and concerns on the shoulders of Kurt Cobain, just as it had on the shoulders of Hank Williams, Elvis Presley, Michael Jackson, and others. And it was a mistake every time that aided to these transcendental artist’s ultimate demise. In the end the task of the singer is to sing, and the task of the audience is to listen. It just happens to be that the message of “In Bloom” is worth repeating, now more than ever.