Song Review – “The Driver” by Charles Kelley of Lady Antebellum 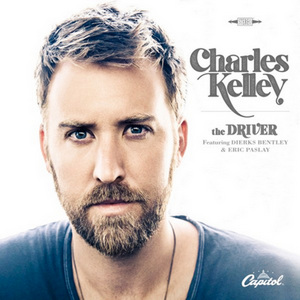 The only thing good that could come from Charles Kelley releasing solo material is that it hints that maybe Lady Antebellum is on the rocks. And since the word is that this is not the case and the band is just taking a short hiatus, not even this can be celebrated as a positive development.

Ahead of what is apparently an upcoming full blown solo release, Charles Kelley has released a single called “The Driver” with cameos by Dierks Bentley and Eric Paslay. And despite some fans and critics falling over themselves to crown this song as a positive development, and a deep and moody opus, if you take a second to actually extricate yourself from the swooning production and truly listen, you’ll discover that “The Driver” is in fact shallow, calculating, and in segments, pretty terrible, especially since it tries to pull one over on the listener as emotional balladry.

“The Driver” is a wolf in sheep’s clothing, with the wolf being a a somewhat moderate and plaintive, but still unmistakable Bro-Country song, and the sheep being the paper-thin coverlet of a majestic tear-jerker. Removed from the production, “The Driver” a fist-pumping, self-affirming concert anthem, padded by excessive “ooh ooh ooh’s!” where the writers got lazy.

“Oh, easy come easy go, yeah we rock then we roll out of town.
But for now, why the moment is here shine a light, drink a beer, let’s get loud.”

Well I guess it’s good for Charles Kelley that he was able to nab this song before Florida Georgia Line could cut it. Let Joey Moi sink his fangs into this and it could have turned into the second coming of “Cruise.” This song is deep like Luke Bryan’s “Drink A Beer” was deep, which means not deep at all, only touching on the essence of depth, but not actually willing to take the plunge. Honestly I was a lot more intrigued by Charles Kelly’s performance as Ronnie Bunns from the band Dick Fantastic and the Fabulous Foreskins singing “My Maria” with Dierks Bentley’s alter ego Douglas Douglason & Hot Country Knights.

“The Driver” is yet another Bob Seger song rehashed (in this case, “Turn The Page”), just without the soul and a set of cutting lyrics. It’s about bands coming to your town, playing music, enjoying the moment, and then leaving, yet it relies more on ambiguity and buzzwords like “beer” and “cornfield” as opposed to story to string verses and choruses together. I’m not saying the lyricism is terrible. It’s certainly better than some. But that doesn’t make it good.

And as for the music, it’s rising, which is important, but pretty obvious in the approach, flimsy under scrutiny, and certainly not country in any capacity. But because it’s not terrible, we cheer. It says a lot about the state of music when a song like “The Driver” is where we place our hope.

If Charley Kelley is bored during the Lady Antebellum hiatus, perhaps he needs to take is $1,600 haircut and go star in a soap opera or something. I’m not feeling this one even a little bit. I also want to introduce a theory I will call “The Cam Effect.” Cam is the one-named curly-haired girl with the song “Burning House” that nobody knows what it’s about but has somehow wiggled its way to near the top of the charts. Good for her, but I have a feeling this will result in more songs with stripped-down production and ambiguous meanings that people will swoon over as progress, but still sell the public short on substance.

Feel free to tell me how I have this song all wrong in the comments section below. I mean jeez, I don’t like anything, do I? “Not as bad as some” is about the only accolade I can muster for this one.