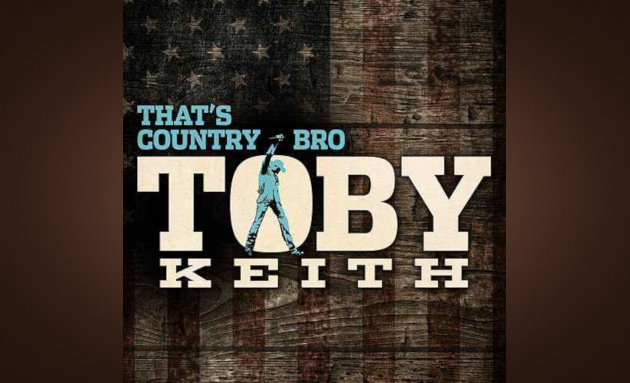 Don’t count yourself in the minority if you saw that Toby Keith released a mess of new tour dates in late April calling them the “That’s Country Bro!” tour and wondered just what the hell he was trying to say. Was Toby Keith piggy backing off the whole Bro-Country movement that even the most liberal estimates would put fizzling out well over three years ago? Was he trying to lampoon Bro-Country in some capacity that wasn’t entirely clear? Was this wording just some sort of strange coincidence, or was Keith trying to coin a new phrase?

Now that Toby Keith has released a new single with the same name, we’re not any less confused. Let’s all agree here that the term “Bro-Country” is the most notorious pejorative employed in country music in the last 20 years, if not ever. You can’t workshop the name “That’s Country Bro” without at least considering the loaded nature of such words. Then again, it’s not entirely out of the question that Toby Keith was loaded when he wrote this song with Bobby Pinson. It’s 11 o’clock a.m. Texas time when this review is getting posted, and it’s entirely possibly Toby Keith is cracking open his third Coors already, because that’s how Toby Keith rolls, bro.

“That’s Country Bro” is nothing short of a merciless machine gunning of classic country names out one after another and in rapid succession with very little else to hold the song together. If Toby Keith’s mission here is to stick it to country’s “Bros” by informing them what real country is, he’s doing it by using a play from the Bros own playbook of including very little in the actual lyrics of a song beyond lists of things people identify with, and trying to boost one’s country cred with canned name drops. That’s basically what “That’s Country Bro” is, and set to Jason Aldean-style arena rock music that doesn’t really carry any signifiers of actual country itself.

Don’t get me wrong, hearing the names of country legends being torn through is hard to get too angry at, just because the legacy of these men and women loom so large in the ethos of country music, simply the sound of their names, however brief, can elicit excitement, reverence, and nostalgia. But man, it would be nice to have a little more body and context to what’s going on here.

Sure it would be cool if a song like this somehow scored a high chart position on big country radio, inspiring a bunch of Bro-Country fans to burn up Google trying to figure out who the hell Toby Keith is singing about. Hell just the little boost in name recognition among today’s radio listeners for these legends could be something positive. But let’s be honest, Toby Keith was put out to pasture by country radio a long time ago. He hasn’t had a Top 15 hit in seven years, and his last four singles didn’t crack the Top 40. This begs the question, if a drunk Toby Keith shouts out a bunch of country legends in the forest and nobody is around to hear, does it make a sound?

You can’t entirely trash what Toby Keith is trying to do here either, despite the poor execution, and thin prospects of anyone paying attention except people who will hear this song on the tour of the same name. Toby Keith is right. The names he spews out are country, bro. Especially when compared to a comparable collection of today’s “country” stars. It’s just not really country in the way Toby Keith does it.

Props to Toby Keith for a song that uses actual instruments, raises awareness of some important names, and seems to take a stand on what country music is. But it’s still a song with a confusing message, poor quality songwriting and execution, and doesn’t sound particularly country itself. It’s not “Bro-Country,” it’s “Country-Bro.” But unfortunately, the former is not much worse than the latter.