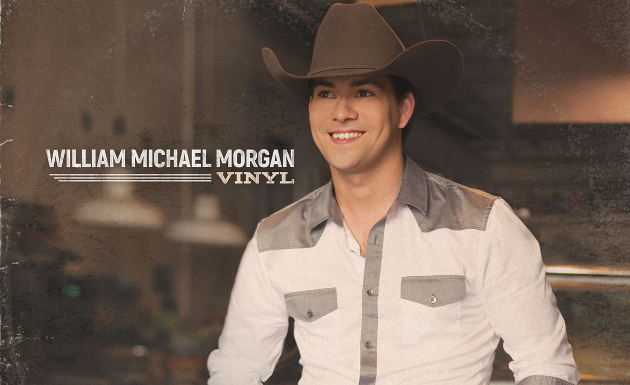 You know what folks, I think we should just go ahead and give up on ol’ William Michael Morgan right now before we get our hearts broke like we’ve had done dozens of times when a new mainstream artist shows a little promise. Invariably after their first taste of success, these guys end up selling out so hard and quick it’ll give you country music whiplash. Seriously, how good will Warner Bros. Nashville truly allow his debut album to be? And you know, Sam Hunt did co-write “I Met A Girl.”

Wait, what? He just released a new song?

Hell I thought that George Strait had retired. Maybe a new day is dawning in country, because listening to William Michael Morgan’s “Missing” immediately gets you swaying, singing along, and settling into a good mood whether you can go missing yourself, or you’re stuck at work or in traffic and wish you could.

Not sure if this will ultimately be a single, but if I was William Michael Morgan, I couldn’t wait to get “Missing” out to the masses either. It’s not that it’s some world beater of a song as much as it taps right into that genuine country music goodness almost immediately, and gives you a sense that everything’s right in the country world. Florida Georgia Line just released an album? Who cares, I’ll listen to this on repeat while I salivate for Morgan’s long player coming on September 30th.

Fiddle, steel guitar, a genuine country voice, it’s all here. And for the folks that say that not all music needs to be dark and deep to be good, touche. A song like this is perfect for easing back to on a Saturday out by the lake, but not making you feel stupid for doing so. It’s just good, and the lyrics work like all those great classic country songs do.

Songwriters Mark Irwin, Andrew Dorff and Josh Kear just keep it simple, and keep it country, take a good premise, don’t load it up with buzzwords, and let the song breathe. Songwriters love to write songs like this and see them get cut, and singers love to sing them. It’s just rare anybody every gets a chance to. But things are continuing to open up for artists like William Michael Morgan. With the success of Chris Stapleton, Jon Pardi and others, all of a sudden there’s an avenue for music like “Missing.” Morgan’s “I Met a Girl” just went Top 10, and who knows where it will end up once his album is ready to come out.