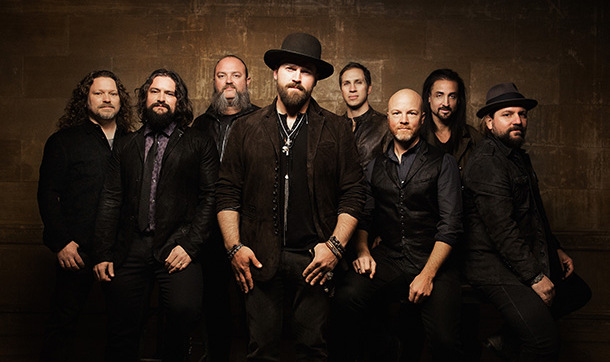 Zac Brown promised last September that the band would be bringing the music back to its roots, and he certainly delivers on that promise with Zac Brown Band’s latest single called “My Old Man.” But how we got here and why such a return to the roots is even possible or necessary is important context, and if core Zac Brown Band fans will find enough forgiveness to allow another Zac Brown single into their hearts and iTunes libraries remains to be seen.

You can’t accurately critique “My Old Man” without citing the great Zac Brown betrayal that many fans felt after the release of his last album Jekyll+Hyde, and especially the opening song and subsequent radio single, “Beautiful Drug.” You have to understand that the Zac Brown Band wasn’t just a music troupe, it was a lifestyle for many of the Zac Brown faithful, entailing a Southern-flavored identity that included how they dressed, and even what they ate. Zac Brown-branded merch extended more into clothing, jewelry, food, and other merchandise than your average country band. It was like The Grateful Dead of country music.

And then here Zac goes pulling the rug out from many of these hardcore fans with the release of a formulaic EDM song in “Beautiful Drug,” and even worse, springing it on them right out of the chute with the last record, and then releasing it as a single even though the initial promise was they wouldn’t. Back that up with a collaboration with Avicii, another disappointing EDM effort from Jekyll+ Hyde called “Tomorrow Never Comes,”—not to mention the revelation that a police report put Zac Brown in a hotel room with hookers and blow at two in the morning—and many Zac Brown Band fans turned their backs and vowed to never come back. Today, the name “Zac Brown” is a very touchy, polarizing subject in country music—the reception to “My Old Man” notwithstanding.

So Zac Brown decided to enact a big reset. He’s sequestered his weird EDM fascination in a side project called Sir Rosevelt (which somehow is even worse than “Beautiful Drug”), he booked a return to the roots-based festival MerleFest in late April, and now we get this new song that sounds like old Zac Brown at his best. 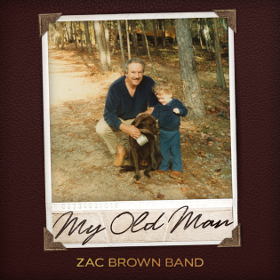 “My Old Man” is already a better-written song than 80% of what the 16-song Jekyll+Hyde album offered, and that’s with Jason Isbell contributing a track. “My Old Man” also includes more fiddle than the entirety of Jekyll+Hyde, even though the Zac Brown Band is supposed to feature a full-time fiddler. “My Old Man” is muted, rootsy, personal, and sincere. So for the moment, the Zac Brown promise of returning to some of the older form material that made him and his band one of the better listening options in mainstream country remains viable.

But to be fair, the song also follows a very oft-used country music trope of pulling on heartstrings by paying tribute to one’s father, and furthermore, doesn’t really amend that trope very much, or veer off the path. It plays it safely down the middle. So even though this effort is commendable for a major label, mainstream country outfit, when factoring in other father songs from farther afield—Margo Price’s “Hands of Time” for example—“My Old Man” feels better than average, but not entirely amazing or original. I also can’t help but trace the sedated, sparse effort back to the success of Cam’s “Burning House.”

Still, can we sound the “all clear” when it comes to the Zac Brown Band and the trespasses of the last few years? There’s at least no reason to not take Zac at his word that a shift back to the roots of the band is in store, at least for the moment. But as we’ve seen from Zac Brown in the past, he lacks a discipline to be able to focus on one thing. This isn’t about trashing other types of music that aren’t country, it’s about heeding that lesson many of our fathers taught us: do one thing and do it well.

Even more so, “My Old Man” may symbolize a greater shift amid all of country music back to the roots of the genre. Though the vestiges of Bro-Country and the EDM influence are certainly holding on for dear life as best they can, and are likely to never be completely eliminated from mainstream country, overall the shift back toward the roots is hard to not recognize, and Zac Brown’s decision to follow this trend is not only welcome by many of his fans, but is smart and sound business.

We’ll still have to see if his next album holds form in total, but this is a good start.