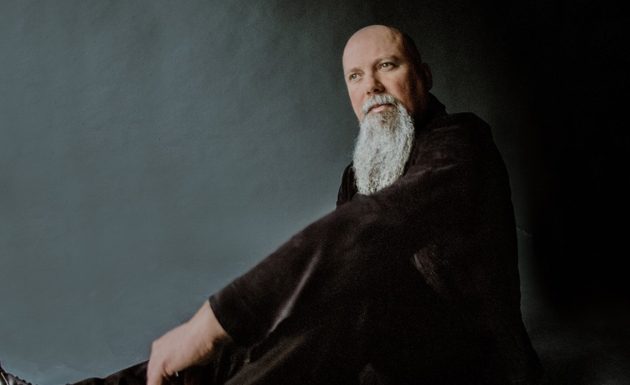 Even if you’ve never heard the music, perhaps you’ve seen the name. And even if you’ve never seen the name, you’ve probably heard the music, just under a different name than his own. It’s all the work of songwriter and performer Kendell Marvel, who has made a career writing songs for the likes of Jamey Johnson, George Strait, Lee Ann Womack, Brothers Osborne, Chris Stapleton, and others.

After growing frustrated by having to cater his songs to what country radio would play, Kendell Marvel launched a solo career, releasing his first LP Lowdown & Lonesome in 2017. Just as much blues, Southern rock, and soul as country, it sparked a lot of attention for the songwriter. Now he’s looking to take his solo career a step further by partnering with Dan Auerbach of The Black Keys as both producer and label owner (Easy Eye Sound) to release Sold Gold Sounds on October 11th.

“He’s not craving the stage or craving the spotlight,” says Dan Auerbach, who also co-wrote nine of the ten songs on the new album. “This record comes from a humble place, which I really love … Kendell has this amazing voice, and when he backs it off a little bit, it opens up and sounds humongous. It’s so resonant and the microphone just eats it up. We got him to sing a little softer on this record, not to actually sound softer, but so we could turn him up louder.”

Kendell Marvel might not crave the stage or the spotlight, but that’s exactly what he’s receiving at the moment while opening for Chris Stapleton as part of his All-American Roadshow tour. Just like Stapleton and Jamey Johnson before, Marvel is a guy who made his bones by being a songwriter, but couldn’t be held back as a performer forever.

“They brought the singer back out of me,” Marvel says about Dan Auerback and co-producer Dan Ferguson. “I’ll always be a songwriter, but I want people to see the artistic side of me … There came a time when the stuff you had to write to get on the radio, I wasn’t willing to do anymore. I’d done pretty well as a songwriter up until that point, and made a few decisions where I didn’t have to put myself in that position. So I said, ‘I think I’ll make a record.’”

A native of Southern Illinois, Marvel moved to Nashville at 28 to become a performer. But like many in the business, fell into songwriting as a way to provide for his family. Now with a well-respected resume under his belt, he’s looking to make a name for himself beyond the album credits of others.