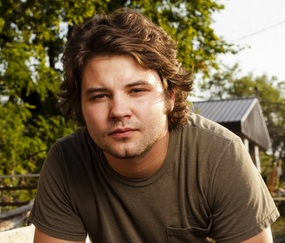 Songwriter and Georgia native Brent Cobb can present a confounding case study if you try to slot him nice and clean into a country music cubbyhole. On one side, Cobb is an understudy of Luke Bryan. Luke even put Cobb up at his house and introduced him around Nashville when Brent first moved to town, and eventually helped Brent land a publishing deal with the highly lucrative Carnival Music, and cut Brent’s song “Tailgate Blues” in 2011. After releasing an EP in 2012, Brent Cobb opened for folks like Blake Shelton.

On the other side, Brent Cobb is the cousin of highly-acclaimed producer Dave Cobb (Jamey Johnson, Sturgill Simpson, Jason Isbell), and Dave also helped Brent get started in the music business and opened doors for him. Subsequently Brent Cobb has become one of the few songwriters left with a significant publishing deal who also can scratch out a living writing albums cuts instead of smash hits. Brent penned “Grandpa’s Farm” recorded by David Nail and Frankie Ballard, and “Rockaway (The Rockin’ Chair Song)” by Kellie Picker —one of the more notable tracks on Pickler’s SCM 2012 Album of the Year 100 Proof.

But if you’re wondering where Brent Cobb’s loyalties may lie—with the industry and the bros, or the people doing their best to offer a counterbalance—this new song leaves nothing to question.

What’s so great about “Yo Bro” is that it’s deftly inclusive of both of the audio plagues country music finds itself suffering from at this very moment. As Bro-Country is trending downward, but still trying to hold on in its last dying gasps, and Metro-Politan is attempting to rise up and take its place, “You Bro” straddles the line between the two, offering an illustration of the absurdity of these “country” styles.

Brent Cobb was assisted by Neil Medley and Oran Thornton on the track.