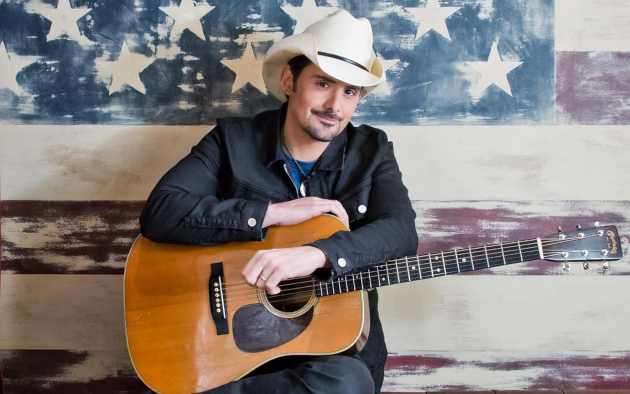 Look, the semi controversy over the CMAs choosing to replace Brad Paisley as the long-time host in 2019 with Dolly Parton and Reba McEntire is water under the bridge at this point. The move by the CMAs and ABC with the purpose of putting more emphasis on women feels shortsighted and symbolic as opposed to a subsnative move to actually help support women in country music, but whatever. There is no doubt Dolly Parton and Reba McEntire are stellar hosting personalities, will do a great job, and it’s exciting to see these country legends get greater face time. Carrie Underwood will also resume her CMA hosting duties with the two country legends.

But it is kind of amusing that the CMAs and ABC recently announced that Brad Paisley will be getting his own television special later this season called “Brad Paisley Thinks He’s Special.” The special will include Tim McGraw, Darius Rucker plus Hootie & the Blowfish, Kelsea Ballerini, the Jonas Brothers, and long-time CMA co-host Carrie Underwood. The Bachelor host Chris Harrison (ABC cross-marketing tie-in) and football player Peyton Manning (Nationwide insurance tie-in) will also be involved. The special was recorded at the War Memorial Auditorium in Nashville at some point later this year.

“Wait, I thought it was called the Brad Paisley Special. Who added the ‘Thinks He’s?'” Paisley joked in a canned press release. “Oh well, I’m still psyched.” Paisley is also the Executive Producer of the special.

Hey, cool for Brad I guess. But anyone who doesn’t see this as a consolation prize for getting unceremoniously booted out of his CMA hosting duties doesn’t know how these things work. Do we really need a special for Brad Paisley? If we were really into supporting women in country, would we perhaps give them their own special as opposed to shoehorning a couple into hosting duties on the CMAs, and then giving Brad and hour slot for himself?

If you’re a Brad Paisley fan, no reason to look this gift horse in the mouth. And I guess you have to give some props to ABC and the CMAs for trying to do a make good for their dumb decision with the CMA hosting situation. But if you want to “support women,” do the stuff behind the scenes to make sure they’re given equal opportunities, and don’t monkey with what’s working, like Brad and Carrie hosting the CMAs, and then end up getting caught in a PR nightmare where you’re trying to play catch up.