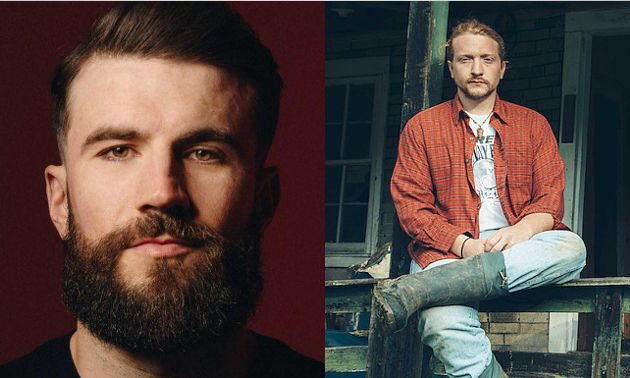 Sam Hunt needs to hurry up and retire already, like he’s been hinting he wants to do over the past couple of years. Beyond the terrible music, the dude’s a head case, and not in an interesting way that results in compelling art from a troubled soul. He’s just all over the place like a bad rash with his rhetoric, while the only consistency you can count on from this hack is that his music will be the most non country fare proffered for human consumption out there, more fitting to be categorized in every single other major American music genre other than country.

In a recent interview with Billy Dukes of Taste of Country right before his headlining set at the publication’s music festival, Sam Hunt said all the right things in the wrong way. He starts off by name-dropping fast-rising Kentucky-based traditional country songwriter Tyler Childers, and then starts to hint how he may head in a similar, more traditional direction with his music at some point in the future, but not right now of course. If ever. But he could, you know. And he likes Tyler Childers. So we should just look the other way as he trashes the 80-year history of the country genre with his shitty music.

“That’s the music I grew up on and really love and I discovered him through a buddy a few months ago and have been listening to him a lot … I think as I continue to write songs, I may lean on country roots I think a little more than where the culture is going, musically. So I don’t know how that will work out, ultimately, but I think it will be fun for me to kind of create a more pure version of the music that’s been influenced by my country background. Tyler Childers is a good example of someone who inspires me as a songwriter and I want to make a record like that at some point, potentially.”

Potentially? You might? And if that would be the “pure” version of you, what are we getting now, the tainted and diluted version that studied the formula of popular music and brought it to country because he would have been spit out the ass end of pop if he tried his bullshit there? When Sam said in the same breath and in the same interview, “I’ve used my pop culture foresight to create a sound that I thought would be effective in today’s times,” that sounds like a pretty fair assessment.

We’ve heard similar style “real” country bandwagoning from Sam Hunt before. Preceding the release of “Body Like a Backroad,” he said he wanted to go deeper with his music, was dropping Sturgill Simpson’s name and such, and then we got the worst song of his career. Preceding his latest comments he released “Downtown’s Dead,” which is decidedly the most non country song he’s ever recorded in his decidedly non country career. Say whatever you want Sam Hunt, your actions speak louder, and result in diarrhetic refuse oozing out of speakers.

Sam Hunt just needs to get out of music and start selling a signature line of flat-brimmed baseball caps, bedazzled ironic fanny packs, and fur murses. Even if he did a complete 180 in his career right here, right now, it would be impossible for him to reverse all the irreparable damage he’s done to country over the last few Godforsaken years.

If Sam Hunt wants to start making better music, more power to him. But until then he can say whatever he wants. There’s no mistaking what we hear coming from him, and it ain’t anything near Tyler Childers.