Stella June Is Newest Member of the Hank Williams Clan 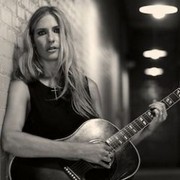 One of country music’s most famous families is now bigger by one. Holly Williams, granddaughter of Hank Williams and daughter of Hank Williams Jr., gave birth to Stella June Coleman on Tuesday, Sept. 30th in Nashville at 1:45 PM. The 7 lbs., 12 oz. baby girl was named after Holly’s great, great aunt, and June was Williams’ maternal grandmother, and the subject of one of the seminal songs on Williams’ last album The Highway. No word on if Stella June will pursue a music career (her hands are still a little too tiny to play guitar at the moment), but goodness knows she has the pedigree. 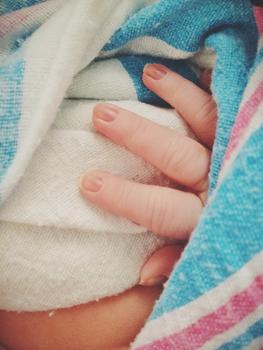 “It’s really important to teach my child about my grandparents and where they came from and why I was so close to them,” Holly told People Magazine upon the arrival of the new bundle of joy. “She [June] was the grandparent I was closest to by far and she was just such an amazing, lovely, southern dream of a grandmother to me.”

Stella June’s father also has a musical background. Chris Coleman regularly plays backup guitar for Holly Williams on tour, and tours as a backup musician for Kings of Leon. “We have been going non-stop for a year and this will be our first 14 days in our house together since 2012,” she says. “This sounds crazy, but I feel like we’re about to go on vacation because we’ll be forced to not leave the house for days.”

Holly tweeted out a picture of Stella June’s tiny fingers for her fans late last night with the message, “Hello world! Our hearts are mush and we are thanking God every single second for this healthy miracle of life.”

No more “Waiting on June” for Holly Williams, she has officially arrived.