Steve Cash of the Ozark Mountain Daredevils Has Died 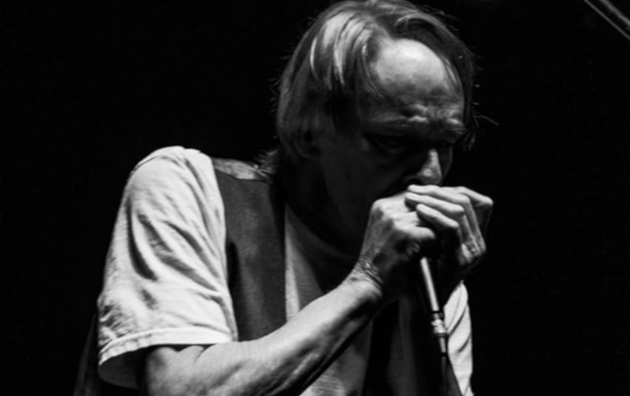 Steve Cash, an original member of the Ozark Mountain Daredevils, and co-writer of the band’s two biggest hits “If You Wanna Get To Heaven” and “Jackie Blue,” passed away Sunday, October 13th at the age of 73 after a prolonged illness. The first original member of the iconic and influential band to pass away, Steve Cash was best known as the band’s spirited harmonica player that made songs like “If You Wanna Get To Heaven” part of the American musical lexicon.

“It is with great sorrow that we have to inform you that one of our founding partners, Steve Cash, passed away this past weekend,” The Ozark Mountain Daredevils said in a statement. “Steve Cash spent 48 years pouring his heart and soul into this band. He was our poet laureate, an amazingly talented harp player, but more importantly, he was our friend and brother and that presence cannot be replaced. We ask that you send good thoughts to his family in this difficult time. Steve Cash may be gone from this Earth, but his lyrics and music will live on forever.”

Born Steve Douglas Cash on May 5, 1946 in Springfield, Missouri, he attended Delaware Elementary and Parkview High School, and wasn’t especially musical early on. Instead Cash was more athletic, playing multiple sports and engaging in track, and built wooden ramps with his neighborhood friends to jump bicycles on, calling themselves “The Daredevils”—a name he would rekindle in the years to come. After attending the University of Missouri in Columbia, he spent time dabbling with poetry, and found himself in Berkeley, California for a while hanging around the music scene before he returned to Springfield. It was then that he would meet John Dillon, who encouraged Cash to learn to play the harmonica.

“My influences were all over the place,” Cash said in a book about the band called It Shined written by bass player Mike ‘Supe’ Granda. “I was just a kid growing up in the ’50s. I didn’t play music and I didn’t play in any bands. At one point, I said, ‘I’m tired of just listening. I want to play.’ Once I started, I was influenced by everything. Then, when we started playing, we all just started influencing each other.”

Soon the Ozark Mountain Daredevils formed around the music scene that emerged from the New Bijou Theater in Springfield in 1971. Along with guitar player Randle Chowning, drummer Larry Lee, the aformentioned John Dillon and Mike ‘Supe’ Granda and a host of other Springfield musicians, multiple incarnations of the band first took root before “Cosmic Corn Cob & His Amazing Ozark Mountain Daredevils” emerged as a force in Springfield music. Since nobody seemed to like the “Cosmic Corn Cob” portion of the name, and they didn’t want to be confused with The Amazing Rhythm Aces, the name was shortened to its current form.

Part country, part Southern rock, part blues and folk, the band signed to A&M Records in 1973, and released their self-titled debut which included the Billboard Hot 100 Top 25 hit “If You Wanna Get To Heaven” later covered by Hank Williams Jr. and many others. Steve Cash wrote or co-wrote four of the debut album’s tracks, and the success of the record put the band in the national spotlight. They would score an even bigger hit from their second album, It’ll Shine When It Shines, when the moody “Jackie Blue” also co-written by Cash went all the way to #3 on the Billboard Hot 100, and extended the band’s influence well beyond country and Southern rock.

However “Jackie Blue” was sort of a strange success for the band since the pop style wasn’t really indicative of the band’s more rootsy sound, and the song didn’t translate into a deeper fan base like “If You Wanna Get To Heaven.” The Ozark Mountain Daredevils began to see diminishing commercial returns from subsequent records and singles, but established a dedicated grassroots fan base and respect from their roots music peers. The band is regularly cited as a significant influence both by their contemporaries in 70’s music, and by newer artists of today.

Aside from a brief period in the early 80’s, Steve Cash remained a member of the band throughout his adult life, and the Ozark Mountain Daredevils are still active today, with original members John Dillon and Mike ‘Supe’ Granda still carrying the legacy forward. They released a new album in 2018 called Off The Beaten Path.

Steve Cash was also a published author, releasing his first book The Meq in the science fiction realm, and later two sequels called Time Dancers and The Remembering. He is survived by his children Cody Cash and Star Hargis, three grandsons, a granddaughter, and his sister, Linda Baird. No formal services are planned. Cash is being cremated by the Walnut Lawn Funeral Home.