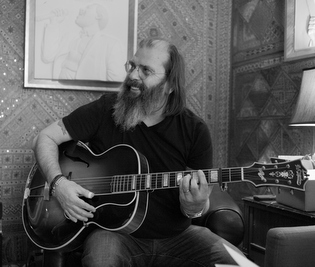 Alt-country founding icon and singer/songwriter Steve Earle is gearing up for the release of his latest record Terraplane Blues on February 17th, and ahead of the release he spoke to the UK’s Uncut about what he believes are his best albums, the motivations and inspirations behind them, and what he thinks about the efforts now.

Covered by the likes of Johnny Cash, Emmylou Harris, and The Highwaymen, Earle remains revered in many sectors of country music, though his political messages can sometimes lean heavy on some of country’s core constituents. This first became most evident in Earle’s 1988 album Copperhead Road—also regarded as his first album that was more rock than country. But Earle says it wasn’t his politics that held him back from greater mainstream country success. It was more the oligarchy who was afraid of artists who call their own shots.

“I never felt politically constrained by being a country singer,” Earle tells Uncut. “But then I never saw myself as a country singer in the sense of…well, there was a moment where I thought that maybe I could save country music, but better people than me had tried, and anyway country music didn’t want to be saved. It’s an environment totally hostile to singer-songwriters. They hadn’t wanted anything to do with Hank Williams, and every ounce of their energy has gone into making sure another one never happens, because they can’t control it.”

Eventually Steve Earle had difficulty controlling himself. After the success of the now 3x Platinum-certified Copperhead Road, Earle fell into heavy bouts of substance abuse, spent some time in jail and rehab, and never recaptured his mainstream commercial success. However his pioneering spirit of combining traditional country with rock and roll remains as influential today as ever, and remains embodied in many aspects of the Americana movement. 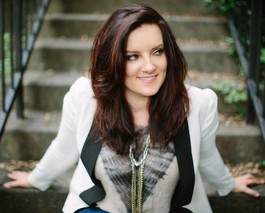 Steve Earle is not the only one talking about saving country music lately. Brandy Clark amidst her Grammy Awards success said recently,

“I definitely feel like people, for whatever reason, have branded me as someone who is carrying the torch for traditional country music. And there’s no other torch I’d rather carry. But it makes me really think, as I go forward, ‘OK, I want to be really thoughtful in my choices.’

“As someone who’s loved traditional country music my whole life, I don’t take that lightly. My name is said in the same breath as people like Kacey [Musgraves] and Sturgill Simpson, Ashley Monroe like [we’re] saving country music, you know? I think about being a little girl and listening to those songs in my bedroom, and I think, ‘Man, if somebody’s listening to my music, and it’s gonna shape the music they’re gonna make 25 years from now in a positive way, then that’s great.’”

The impact Brandy Clark had at the Grammy Awards with Dwight Yoakam was positive to the tune of her receiving the biggest percentage jump in sales for a performed song.