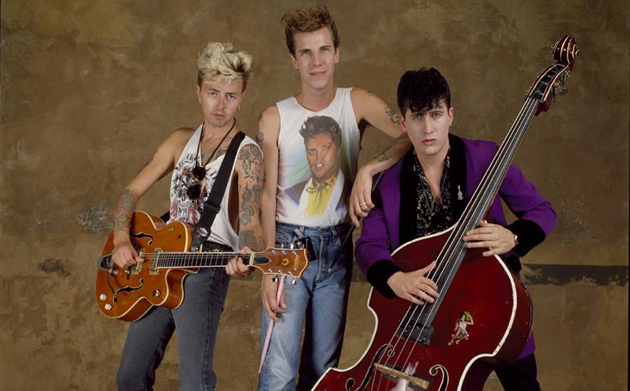 Before BR549, before Hank Williams III and Wayne “The Train” Hancock, before The Revered Horton Heat and others, there were the Stray Cats. They were American music’s first retro, throwback band, and even though they’re regarded mostly for rock and roll revivalism, their ties to rockabilly roots and country sounds are undeniable. They were one of the very first bands to make old music cool again.

It’s been a desolate quarter century since the band released a record or did anything more than short-run reunion shows, but all that is set to change in 2019 when The Stray Cats plan to go on a big reunion tour to mark their 40th Anniversary, and release a new album as part of it.

“Forty years ago, us three teenagers started a little band to play a musical style that had long since passed, and most folks had never heard of, this Rockabilly music,” says Brian Setzer, the lead Stray Cat who has since launched a successful solo career. “Forty years later we stand together and still get that same thrill and exhilaration from the music. That feeling is what makes the fireworks go off and the sparks fly. It makes the world go around.”

The new Stray Cats album is set to be released in 2019 on Surfdog Records, and will be produced by Peter Collins who worked with The Brian Setzer Orchestra, and will be engineered by Vance Powell known for working with Jack White and Chris Stapleton. It will be recorded in Nashville.

“Making a new Stray Cats album for 2019 in Nashville seems like the exact right thing, right time, right place, and right band for the gig,” says drummer “Slim” Jim Phantom. “We have an album’s worth of new songs that are classic rockabilly while keeping the music and style current and fresh, like always. In other words…A Stray Cats album.”

The three founding members of the band reunited in 2018 for a few shows after a 10 year hiatus from playing together, including headlining Viva Las Vegas, and playing two sold-out nights at the Pacific Amphitheatre in Costa Mesa, CA in August. Apparently the chemistry clicked.

“They say history repeats itself and I now know that’s true,” says bass slapper Lee Rocker. “40 years after Brian, Jim and I formed the Stray Cats, we are back! I’m so excited to be in the studio with my brothers. I can tell you that this will be the best Stray Cats album we have ever made. The time is right, the songs are great and we’re ready to rock.”

More details on the new album and tour when they come available.