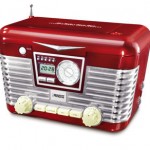 This week in Nashville the Country Radio Seminar is happening, a four day event bringing together radio industry folks, along with some artists and musicians. On Wednesday afternoon, an extensive study on the behavior of country’s radio listeners conducted by Edison Research was released to the conference that included some alarming statistics for traditional country radio, including that 1 in 5 country fans don’t listen to radio, and instead liste to iPods, to internet radio, or other alternatives.

“I believe that we as an industry have really made a mistake in our conception of our own stations,” Rosin said according to The Tennessean. “While many people don’t want to listen to classic country music, some still do, and we’ve let them float away…We run the risk that we just are more and more pleasing to fewer and fewer people until all we are is ecstatically pleasing a tiny, unsustainable number of people.”

One of the long suspected causes between the discrepancy of what radio listeners want, and what they get is the massive consolidation happening in radio, specifically with large media corporations like Clear Channel and Cumulus buying up local radio stations, in many instances owning up to five radio stations per market, and trading out local programming for nationally syndicated radio talent. In October 2011, Clear Channel made massive cuts in small, regional radio markets, which potentially effected country music more than others formats because of country’s concentration of rural, small market listeners.

Yet the CEO of Clear Channel Radio Bob Pittman who was a Wednesday keynote speaker at the Country Radio Seminar seemed to paint a very different picture from the Edison Research study, and championed the idea of replacing local DJ talent with national names. “It’s like television.” Pittman said, “If you’ve got Jay Leno, he’s better than the local guy.” He also praised the rock sold strength and reach of radio, even though Clear Channel itself is roughly $20 billion in debt.

Large media companies like Clear Channel seem to be caught in a dilemma. As they deal with dwindling revenues from radio, they attempt to save costs by consolidating programming through cutting local talent and replacing it with National talent already paid for. But as the Edison Research report points out, this trend might be turning off many of country radio’s traditional listeners. It’s a catch 22, where Clear Channel’s solution for dealing with declining revenue might be exacerbating the problem.

The music industry was dealing with massive declining revenue over the last 8 years until in 2011 the industry surprisingly stabilized. The question now is, will the radio industry be able to do what the recording industry did and pull out of their tailspin, or is the solution they’ve constructed to deal with less radio users only aiding their fall?