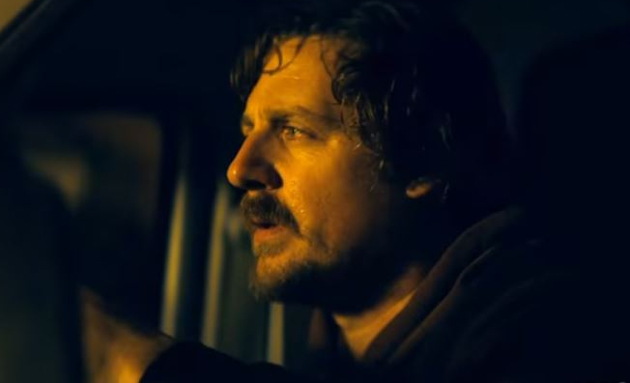 The Willie Nelson tribute last Saturday night (1-12) wasn’t just your average run-through of the hits from a well-recognized cast. Multiple songs not heard before by the public were debuted, including a Willie Nelson tribute song co-written and performed by George Strait and Willie Nelson himself called “Sing One With Willie.” Sturgill Simpson also reached deep in the vault to debut the last song that Merle Haggard ever recorded, another Willie tribute called “Red Headed Rounder,” making a play off the name of Willie’s 1975 album that most consider the greatest country record of all time.

“It’s an honor to be here tonight. This is my first time ever playing the inside Bridgestone,” Sturgill Simpson said before launching into the song, making reference to his notorious busking set streamed on the internet during the 2017 CMA Awards. Then he launched into “Red Headed Rounder,” which Simpson said was written by Merle both for and about Willie.

According to Merle Haggard’s widow Theresa during a Merle Haggard tribute show at the Bridgestone in April of 2017, “[Merle] was in the studio right before he died. One of [the recordings] is a song about Willie, called ‘Red Headed Rounder.’ It’s going to be coming out soon. There are a lot of songs coming out in due time. He didn’t write a song he didn’t live. The songs that mean something are the ones you believe. That’s why it touches people, because it’s real. I witnessed it, where somebody higher than us would take the pen, and all of a sudden, he’d say, ‘Mama, get the pen,’ and within 5 minutes he had it all written.”

In May of 2015 before Merle Haggard passed away, he revealed that he had some 300 to 400 songs recorded and in a vault he called ‘The Archive.’ The idea was to begin releasing songs from it if or when Merle was unable to perform anymore, or if he passed away. “Red Headed Rounder” may have been the last song Merle ever recorded, but a song called “Kern River Blues” is attributed as last song he ever wrote. It was released a month after Haggard’s death.

Sturgill Simpson became very close with Merle in the twilight of Haggard’s career and life. Merle regularly praised Simpson, saying “I think he’s just about the brightest star around right now,” while hanging with Sturgill at the 2015 Stagecoach Festival in California. Haggard later said Sturgill was “about the only one that I can tell you I’m excited about. You hear a lot of Waylon [Jennings], a lot of George [Jones]. He’s got something going energy-wise that I haven’t seen in a long time.”

Sturgill returned the favor in August of 2016, slamming Garden & Gun Magazine and the ACM Awards for disrespecting Merle, saying in part, “If the ACM wants to actually celebrate the legacy and music of Merle Haggard, they should drop all the formulaic cannon fodder bullshit they’ve been pumping down rural America’s throat for the last 30 years along with all the high school pageantry, meat parade award show bullshit and start dedicating their programs to more actual Country Music.”

You can see amateur footage of Sturgill Simpson’s version of “Red Headed Rounder” below. The Willie Nelson tribute is set to air on A&E at some point later in 2019, and hopefully Merle’s studio version of “Red Headed Rounder” will see the light of day soon. Simpson also should be announcing his own new music soon. He’s said recently that a new album is finished, and has rumored it could be a double album.