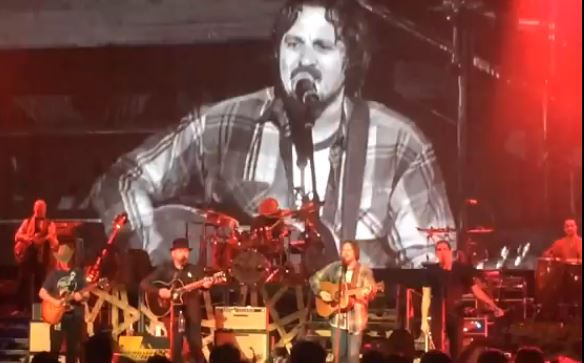 Sturgill Simpson has been touring on and off for the past few months with Zac Brown Band upon the request of Zac Brown himself. And on this most recent leg, Sturgill was invited to share the stage with Zac and the boys on their extended rendition of the Marshall Tucker Band classic, “Can’t You See,” written by the great Toy Caldwell. The song was also famously covered by Waylon Jennings in 1976 on his Are You Ready For The Country album, reaching #4 on the Billboard Country charts. 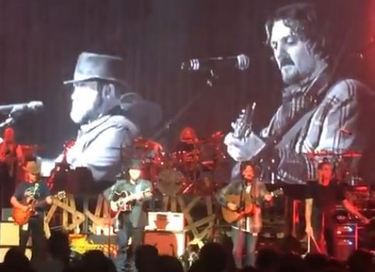 Zac Brown Band has been playing the song regularly over the last few years, and guitar player, singer, and songwriter Clay Cook, who used to be in the Marshall Tucker Band, takes the lead on the song that can regularly stretch out to 12 or 13 minutes. At recent shows, including this last weekend’s sold-out shows a Fiddler’s Green Amphiteatre in Greenwood Village, CO., both Sturgill Simpson and his guitar player Laur “Little Joe” Joamets joined Zac Brown Band on stage for the song.

A few videos of the performances have surfaced, one which has pretty clear visuals but muffled sound, and another that has great sound but the camera is sideways. On the second one the crowd erupts when Sturgill’s name is called out to take a verse of the Southern rock classic. Hopefully some better video surfaces, but until then it is still cool to see and hear Sturgill collaborating with one of country music’s biggest drawing acts.