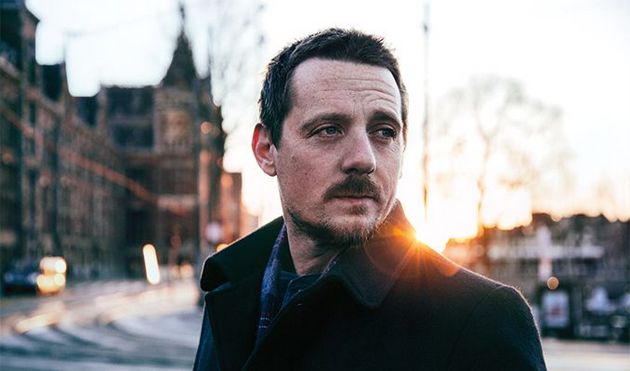 Last week, Sturgill Simpson once again turned the internet upside down with some quotes—something he has a history of doing, whether it was his revelations from outside of the CMA Awards in November, or his outcry against the ACMs and their treatment of Merle Haggard. In the latest instance, the quotes came from a feature on Luke Bryan from the New York Times Magazine, where Sturgill was asked to comment. Saving Country Music Music later used the Sturgill quote and other snippets in an article called Hilarious Luke Bryan Revelations. The quote that ran in the story from Sturgill was,

“I don’t know Luke, I don’t think about Luke, and I honestly never heard a single note of his music.”

This seemed pretty sharp, and the way it was portrayed by The New York Times, it appeared that Sturgill was responding to Luke Bryan’s invitation to have coffee with Sturgill. Some applauded Sturgill, others saw it as Sturgill getting a little too full of himself, and cutting down Luke Bryan unnecessarily.

Now Sturgill, who has regularly criticized print media for coming to him with preconceived notions for interviews, as well as using him as their go-to mainstream country music gadfly when they want to inject a little conflict in their story to create buzz, has clarified his statement about Luke Bryan, and revealed via screenshots released Sunday morning (12/10), that his quote about Luke Bryan was cut off mid sentence, and never meant for public consumption.

For sure, Sturgill Simpson was still being somewhat bold in his take on Luke Bryan. But in context, it doesn’t make it come across like he’s the dismissive, “walk on water” figure The New York Times wanted to portray Sturgill as to fit the theme of their Luke Bryan feature.

The full quote to the reporter was,

I don’t know Luke, I don’t think about Luke, and I honestly never heard a single note of his music so I am afraid I am unable to supply you with quotes you and your editor are seeking from me to fill out your narrative.

I can say however a more interesting piece would be perhaps how the Grammy winner for this years (sic) Country Album of the Year somehow doesn’t manage to get recognized/nominate (much less invited) by either the CMA or ACM to their respective award celebrations. When you wanna talk about that I’ll give you all the time you need.

Interesting that not only did the reporter Will Stephenson cut Sturgill Simpson’s quote off mid sentence, the quote Sturgill Simpson provided was clearly not intended for public consumption, this was clearly explained in the very quote that made it to print, and Sturgill even called the periodical out on their own game about trying to “fill out your narrative,” all in the same sentence that got cut off and proffered as Sturgill’s opinion.

Sturgill Simpson activated his Twitter page, which had been dormant recently, and posted screenshots of the entire exchange with the reporter to corroborate his story, along with a quote from himself, “Most of the time the conversation is me providing two or three sentences to fill in the blanks on a piece they’ve already written,..because when you say things in print it’s so easy for context to get twisted.”

The screenshots can be seen below.