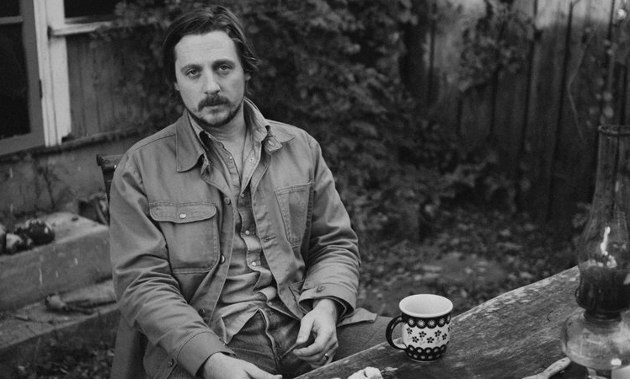 For those Sturgill Simpson fans who’ve been hoping and praying for more of that hard country sound like you heard on his debut record High Top Mountain or in large portions of his magum opus Metamodern Sounds in Country Music, you get what you wish for and then some on the just released song called “The Dead Don’t Die.” Pulled from the new Jim Jarmusch zombie movie of the same name set to hit theaters June 14th, it’s the first new song from Sturgill in over three years.

Oozing with steel guitar, fiddle, honky tonk piano, and minimalist country drums, you can’t call “The Dead Don’t Die” anything but country, yet the lyricism is really what drives the song home. The movie might be a silly summer flick with an ensemble cast that includes Bill Murray, Adam Driver, Steve Buscemi, Tom Waits, Danny Glover, Rosie Perez, Iggy Pop, and Selena Gomez, but “The Dead Don’t Die” works well as a serious standalone composition. The song delves into the theme of death and afterlife that were so present in much of country music’s early recordings as the peoples of Appalachia and Sturgill’s home state of Kentucky clung to life in often difficult circumstances where prosperity was scarce, death was always close, and the memory of loved ones haunted the thoughts of survivors.

“The Dead Don’t Die” doesn’t just make a scant appearance in the movie. Apparently it’s part of a running joke throughout the film, with the characters played by Bill Murray, Adam Driver, and Selena Gomez all making references to the song, including a teaser scene released before the film that shows Selena Gomez buying the Sturgill Simpson The Dead Don’t Die CD. The Sturgill Simpson song also plays during multiple scenes in the movie, including the final scene and ending credits of the movie, and Simpson is said to make a small cameo in the film as a guitar-dragging zombie. The plot of The Dead Don’t Die revolves around a small, peaceful town that is suddenly terrorized when zombies rise from their graves. The town’s small police force and a Scottish mortician try to save the town from the zombie apocalypse. 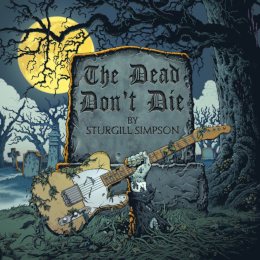 Don’t get too cozy with the idea that Sturgill Simpson is reverting back to making full blown country music just yet. He’s been saying in recent interviews that his next album will “definitely not be a country record.” Expect the new record to be more in line with the rock ‘n’ roll sets Sturgill has been performing live recently. However he’s also left open the idea of returning to his country roots in the future. Simpson also just played a blazing bluegrass set during an appearance on the Grand Ole Opry May 28th, where he recruited Sierra Hull, Stuart Duncan, and Scott Vestal to run through some of his songs bluegrass style.

As part of the exclusive iTunes release of “The Dead Don’t Die,” Sturgill spoke to Beats 1’s Zane Lowe. When asked if he’d been working on a new album, Sturgill responded, “Always. Been working on two or three. Just stocking the ammo up. Mostly been focusing on … I think I’m going to coach some PeeWee soccer, run for sheriff or something. Walk around with one pant leg tucked into my boot … I don’t know man, I make [albums] and then step away. The rest of it has nothing to do with me.”

Sturgill Simpson is well due to release a new album. Word is he’s been taking some time off around the birth of his third son, but a new record is in the can. Simpson was also swept up in the reorganization of Elektra Records, which is the label that has released the new track.

Sturgill also spoke to Zane Lowe about how the collaboration with Jim Jarmusch came about. “[He] asked me if I wanted to write a song for his movie, and I think I said yes before he even got the question out. I’ve always loved his work, probably since I was too young to really understand or be watching. ‘Ghost Dog’ and ‘Dead Man’ had a huge impact on me. I’ve probably seen ‘Ghost Dog’ 200 to 300 times. It’s a bucket list thing getting to work with him.”

As for writing the song, Sturgill says, “Well, that was the title of the film so I knew it had to be the title of the song. Just reading the scripts, and little anecdotes and takeaways from what I thought the real underlying message Jim was getting. It was different, because I usually write most stuff from the perspective of my own experience. It was fun, a lot of fun.”