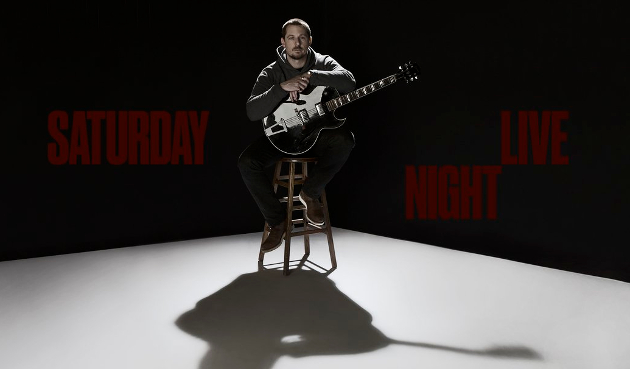 The dirty little secret about late night talk shows like The Tonight Show, The Late Show, and Saturday Night Live is that the reason more independent artists are finding opportunities to play them is due to these shows no longer being lucrative enough for many mainstream artists to expend the effort for, and they’re turning them down. If an artist happens to be located in New York or Los Angeles anyway, then perhaps they stop by. Otherwise, it’s a low-paying gig that doesn’t always result in a sales spike the late night shows used to deliver when they were appointment television.

Saving Country Music had a team member of a major mainstream country star recently explain that many big performers are purposely told not to play certain late night shows by their labels. Only up-and-coming artists in the mainstream are encouraged to do so to help increase their name recognition. The late night talk shows have a much smaller viewership these days with so many other choices in entertainment media, and it really takes a special moment to piggy back off an appearance and have it resonate further than the viewership of that episode.

A special moment is what Sturgill Simpson had when he played Saturday Night Live on January 14th. Since his performances, Sturgill has experienced a sales spike for his most recent album A Sailor’s Guide to Earth, and even more surprising, for his previous two records as well.

Though the two songs Sturgill played on SNL—“Keep It Between The Lines” and “Call To Arms”—have not registered a sales spike anywhere, A Sailor’s Guide to Earth hit #1 on the iTunes country albums chart shortly after Sturgill’s performance, and stayed there all day Sunday, Monday, and Tuesday. It also registered at #5 on iTunes’ all genre albums chart through most of that period. A similar story unfolded on Amazon, where A Sailor’s Guide went to #2 in country shortly after the performance (only bested by Garth Brooks’ The Gunslinger, which is an Amazon digital exclusive), and spent all of Monday and Tuesday at #2, while sitting at #6 in all of music.

This is a pretty significant sales spike for A Sailor’s Guide, which has become a matter of great intrigue by the public after it shocked the world by getting nominated for the Grammy Awards’ Album of the Year. But what’s even more surprising is how the performance of Sturgill’s other records has been boosted by the SNL appearance.

Sturgill’s 2nd solo release Metamodern Sounds in Country Music appeared at the #3 spot on the country iTunes albums chart starting midday Sunday and staying there throughout Monday, bested just slightly by Chris Stapleton’s Traveller at #2. And maybe even more surprising, Sturgill’s first album High Top Mountain also shot to #10 on Sunday before settling into the #14 spot for most of the day Monday. Both of Sturgill’s titles slacked off a bit on Tuesday, but still stayed within the Top 10 and Top 20 respectively. Similarly, Metamodern Sounds came in at #3 on Amazon’s country albums list, and High Top Mountain came in at #4 during early portions of the week.

Many of the core country fans of Sturgill have been complaining that it’s unfortunate that his big moment of attention from the mainstream couldn’t come for one of his more country projects. But as the sales numbers show, a rising tide raises all boats, and both of Sturgill’s previous releases are seeing a serious spike in interest after the SNL appearance.

Will it be enough to put Sturgill Simpson in more serious contention for Album of the Year at the Grammy Awards in February? We’ll have to see, but it certainly proves what many reviewers said after Sturgill’s performances on SNL—he hit a nerve and people liked what they saw.