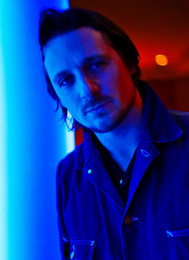 Eastern Kentucky’s Sturgill Simpson will be releasing his long-awaited debut solo album High Top Mountain on June 11th, via Thirty Tigers. Comprised of 12 tracks, 10 of which were written by Sturgill, the album’s songs “…range from furious honky-tonk to pre-outlaw country rocking to spellbinding bluegrass pickin’ to emotional balladry, making the album a one-stop guide to everything genuine in country music.”

“I’ve waited so long I don’t even know what to say…” Sturgill conveys to his fans who’ve been waiting since his last band Sunday Valley dissolved to hear new material. “I’d like to say thank you to all the folks that have always been there and always will be for your unconditional support. I love you.”

Sturgill will also be touring in April with Dwight Yoakam and Junior Brown. See dates below.

High Top Mountain is currently available for pre-order in both CD form and limited-edition vinyl. And if you pre-order, you receive an immediate digital copy of the album through Bandcamp. You can also listen to the entire album below.