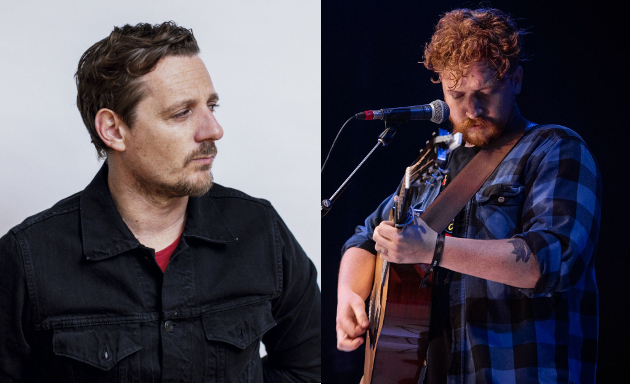 For years people played the musical version of fantasy football in their minds by pairing up tour partners like Jason Isbell and Sturgill Simpson, Cody Jinks and Tyler Childers, or Tyler Childers and Sturgill Simpson, sure that if anyone had the guts to put a bill like that together, it could possibly sell out arenas. But nobody saw this coming. Not only have multiple dates on the Sturgill Simpson/Tyler Childers “A Good Look’n Tour” sold out already, more dates continue to be added to keep up with demand. If anything, the tour is much bigger than promoters originally anticipated.

Underscoring this is the fact that Sturgill Simpson and Tyler Childers are currently topping the new Bandsintown & Billboard U.S. Top Artists Index. That means a ticket to “A Good Look’n Tour” is one of the hottest ticket in all of music. The tour was #5 on the charts last week during the pre-order period, and now hits #1 as tickets went on sale to the general public during the charting period. The chart positions are tracked as a percentage of growth in overall engagement during a rolling month, including new trackers, ticket clicks, and event RSVPs tabulated by Billboard and Bandsintown. Sturgill Simpson is also #2 on the Global Top Artists Index.

The transition has not been easy for many independent music fans who are used to seeing their favorite artists in theater-sized venues at the worst, and paying $35 for a seat or pit access at the most. Now they’re having to navigate presale hoops and the secondary market to find seats that are the most expensive tickets they’ve ever bought. But the growing pains have done little to stave off demand.

No different than an artist topping albums charts or winning big awards, being able to sell out at the arena level puts this pairing in rare company. CMA Entertainer of the Year nominee Eric Church is currently on what he’s calling his “Double Down” tour, where he plays consecutive nights at the same venue. Just this last week he played The Anthem in Washington, D.C., selling out both night. The Sturgill Simpson/Tyler Childers combo has already sold out their first night at The Anthem in D.C. on March 15th, with tickets to the second night going fast.

Don’t be surprised if more sell outs are announced for the tour heading into 2020, and as they do, they stretch the limit of touring possibilities for all non radio artists.