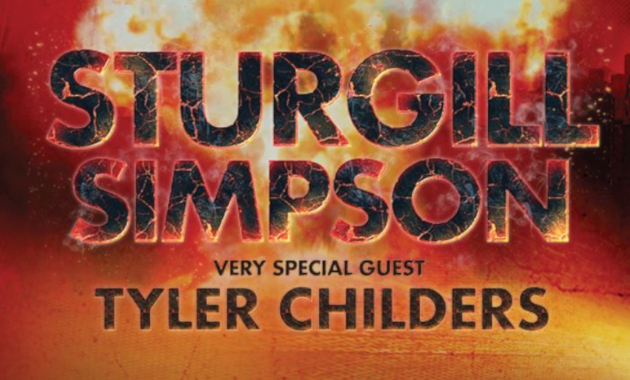 Sturgill Simpson and Tyler Childers officially announced “A Good Look’n Tour” earlier this week, with 36 dates across North America starting in February (see below). And though tickets don’t officially go on sale until November 8th, the AEG-promoted tour is using the Ticketmaster Verified Fan program. That means you may want to be a step ahead to make sure you can secure tickets since the deadline to sign up as a verified fan is Sunday, November 3rd at 10:00 p.m. local time. Presale starts on Tuesday, November 5th at 10:00 a.m. local time.

The Verified Fan program was implemented by Ticketmaster in 2017 with the idea to keep bots out of the ticket buying process by having fans preregister. You don’t get a ticket when you preregister, nor are you guaranteed you eventually will. You just get a code that tells Ticketmaster you’re not a scalper. The point is to make the ticket buying experience more fair by ensuring only fans are competing with other fans for tickets as opposed to ticket brokers. If demand for tickets from verified fans exceeds supply, verified fans may be selected at random to participate in the presale. Tickets are still sold on a first-come, first-served basis.

Though the Ticketmaster Verified Fan program is given credit for helping to curtail scalpers, it has come under scrutiny by some for the shadowy way it works. Ticketmaster doesn’t really explain how it decides if someone preregistering is a fan or a scalper, and they’ve been reluctant to explain their methodology, because as they claim, this would allow scalpers to adapt to the system. Others complain that Ticketmaster changes ticket prices and availability based upon demand through the system. Either way, it’s an option fans may want to take. You can preregister as a Verified fan by CLICKING HERE.

Promoters have also announced that proceeds from the tour will go to the Special Forces Foundation. Along with $1 from every ticket sold going to the organization, CID Entertainment has set up 2-person travel packages for select dates which include a hotel stay and other goodies, with 100% of the proceeds from the travel packages going to the Special Forces Foundation. They go on sale Tuesday November 5 at 10:00 a.m. local time as part of the presale. For more information on the packages, CLICK HERE.

“Around an album release, if I’m going to have a bunch of attention on me, I thought it would be a good opportunity to put attention on what other people can do to help these guys and their families,” Sturgill told Joe Rogan recently. Sturgill Simpson played six teaser club dates on the east and west coast from late September into early October to raise awareness of the new record, with proceeds from the six dates going to the Special Forces Foundation. Simpson is a former naval enlistee himself.

The Special Forces Foundation is a 501(c)(3) tax exempt non-profit organization serving U.S. Army Special Forces (Green Berets) and their families. Their programs contribute to the maintenance of the mind and body, and provide acute and ongoing support in resolving psychological, emotional and relationship issues before they become chronic.