UPDATED: Sturgill Simpson’s “A Sailor’s Guide to Earth” Battling for #1 Album All Genre 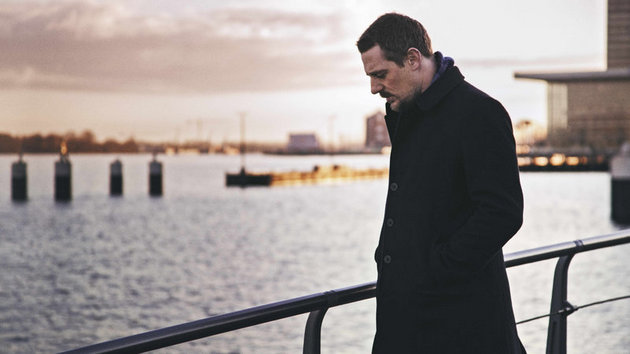 Sturgill Simpson is poised to have the #1 album in all of music next week with his new release A Sailor’s Guide to Earth, and Chris Stapleton’s Traveller could come in right behind him at #2. Nipping at their heels is the newest album from Santana released by Thirty Tigers called Santana IV, and Rihanna’s latest record Anti, supported by strong streaming numbers for the week.

As for pure physical and digital album sales, Sturgill Simpson is running away with the lead according to HITS Daily Double‘s building albums chart, and barring some unforeseen event, A Sailor’s Guide will be #1. With 2/3’rds of retail outlets reporting, Sturgill has sold 22,963 albums, and is expected to finish at around the 40,000-45,000 album range. This puts him well ahead of his nearest competition, Santana and Chris Stapleton, who are expected to finish in the 29,000-33,000 range.

The only real competition Sturgill Simpson has is from Rihanna due to equivalent album sales that calculate in streaming data. Though Anti is only expected to sell 12,000-14,000 pure albums, her “sales + streaming” numbers are expected to put her right up with Sturgill in the 43,000-48,000 range. Sturgill is only expected to earn about 3,000 equivalent sales when considering streaming data. Though Billboard does keep charts for pure album sales and Sturgill is sure to top it, the industry-leading “Billboard 200” also considers streaming data in its final tabulations. We may not know until the last minute whether it is Sturgill or Rihanna who leads the field.

Sturgill will most certainly go #1 on the Billboard Country Albums chart . . . if Billboard decides to deem his record country. That is why the issue facing Green River Ordinance earlier this year—when the Texas country band was surreptitiously withheld from the country charts—was so critically important. Sturgill may have a better chance since his previous records were classified country and he is based in Nashville, but nothing is guaranteed since the album isn’t considered purely “country” even by Simpson.

If A Sailor’s Guide to Earth does go #1 in country, it will be only one of four albums to dethrone Chris Stapleton’s Traveller at the top of the country albums chart since the aftermath of the CMA Awards last November. It would also give Sturgill and Stapleton the #1 and #2 spots in country—something nobody would have predicted 18 months ago. Sales around 45,000 would also put Sturgill near where Jason Isbell came in when he charted his #1 album in country last year.

4/22/16: After the unfortunate death of pop superstar Prince, and aided by the fact that his music is not available for streaming, sales of two Price albums—The Very Best of Prince, and Purple Rain—surged on the charts, and dethroned Sturgill Simpson at the top. The Very Best of Prince sold an estimated 95,824 copies, and Purple Rain sold 55,315 copies in roughly 14 hours on the final day of sales tabulations. This put Sturgill Simpson’s A Sailor’s Guide to Earth at 3rd with 48,775 copies. Sturgill could still top the Billboard Country Albums chart, as long as chart managers deem his album as country. Final numbers and chart placement will be determined in the next couple of days.