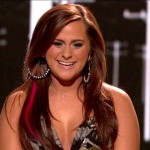 A couple of weeks ago, the great 2012 American Idol country music hope Skylar Laine got booted off the show for singers that conform more to America’s ideal hyper image. But there’s still hope for young Skylar. Carrie Underwood aside, it is usually American Idol runners up that tend to go on and make it big in music, and according to an interview with The Boot, that’s Skylar Laine’s intentions. However if she’s going to make it big, it won’t be with pop country music.

Like her musical heroes, Skylar also knows exactly what she wants her music to sound like — “really country,” she insists. “I don’t want to be pop at all. I want steel guitar, honky-tonk songs, real country music. What it really is. Talking about guns and all that kind of stuff.”

Guns, huh? Hopefully her anti-pop stance doesn’t hinder her chances of finding a record deal, but in all likelihood it probably will. 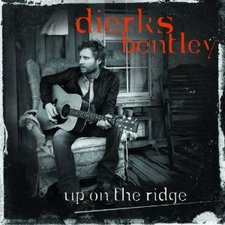 Another American Idol alum Kellie Pickler released an album 100 Proof in January that was also pretty anti-pop to the delight of many traditional country fans and critics (including this one). 100 Proof was in the vein of about 1 in maybe every 20-25 albums or so that Music Row lets slip through that actually has a lot of substance, and for whatever reason the label lets the artist have say so in the direction. Another example of this rare, but every-so-often phenomenon was Dierks Bentley’s bluegrass-heavy Up On The Ridge from the summer of 2010.

These albums are heavily ballyhooed by fans and critics alike, but when it comes to sales, chart performance, and award show accolades, they tend to receive a big pass by the industry. A&R folks struggle to find singles. The one or two singles that do get released get held up by radio program directors who scrunch their noses at them for being too country or too artsy. Meanwhile hardcore traditional country fans, and independent and Americana fans see the names “Dierks” or “Pickler” and refuse to give it even a whiff, for understandable reasons, relegating the project to country music no man’s land. 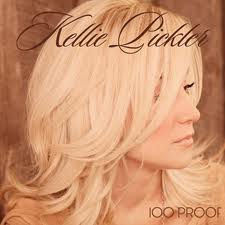 Yet you go on to iTunes and Amazon and the few fans that do connect with these projects leave glowing reviews. Kellie Pickler fans, Keillie Pickler fans are bellyaching now that country radio isn’t about country any more, that it has all gone pop, and it’s unfair they won’t play Pickler’s 100 Proof album. And meanwhile on Music Row, the suits are shaking their heads saying, “I told you so.”

In the war to restore balance back to the mainstream country format, where both pop and traditional country music and demographics are represented, there is nothing more important than creating support around these few traditional or progressive country albums that Music Row does let slip through. A lack of support for these albums only validates the major label’s prejudices about them, making future albums like these even less likely, and making it less likely labels will be searching for more traditional or progressive up-and-coming talent.

Unlike artists like Phish, or Tom Waits, or Hank3 who can build success with grass roots instead of traditional radio support, artists like Kellie Pickler and her fan base are completely unfamiliar and ill-equipped to offer support if it is not being given by mainstream outlets. The grassroots-savvy independent fans tend to steer clear. The mainstream fans tend to be too passive to offer substantive support. And the album struggles.

Music Row is a copycat business in many ways. Whatever works will be tried again, and whatever doesn’t, won’t. And if these traditional country albums from Music Row do not produce results, the reign of pop in country music will only strengthen.