Taylor Swift Is Leaving Country. But Will Country Let Her? 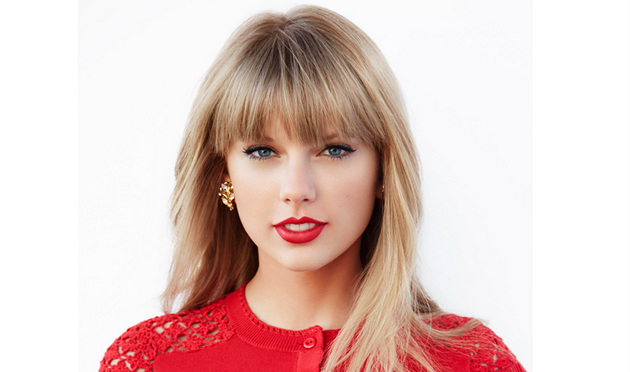 Welp, that’s that. Gauging from the comments made in Rolling Stone‘s current country music special edition by the CEO of Big Machine Records aka the Country Music Antichrist Scott Borchetta, we can now put a period at the end of Taylor Swift’s pop country career. Finito. Done. End of story. Taylor Swift’s country run is in the books, and she’s now a pop star exclusively.

And for the love of God people, please don’t tell me she was never country to begin with. That goes without saying.

In the Rolling Stone article currently on newsstands, Scott Borchetta is quoted as saying that Swedish pop producer Max Martin, the man behind Taylor Swift’s last album Red‘s most pop-oriented material like “We Are Never Ever Getting Back Together” and “I Knew You Were Trouble”, worked on “most of her” next album. Martin was the producer behind successful pop music franchises such as The Backstreet Boys, N’Sync, and Britney Spears before being brought onto the Swift team at Scott Borchetta’s behest. But Martin, along with his fellow Swedish collaborator Shellback, only worked on three of the sixteen total songs on Swift’s Red album, despite their footprint feeling much bigger because the partnership comprised the album’s two biggest singles.

Scott Borchetta says in the article about Swift’s new album, “Taylor fans are going to love it. Will country stations play a complete pop song just because it’s her? No.” This quote is then reinforced in a caption under a picture of Scott Borchetta and Taylor Swift together.

So much can be read into this quick statement from Borchetta. A man who is known for brevity and measuring his words, Borchetta alludes to us that there will be little, or potentially nothing about Taylor Swift’s new album, or at least the singles that will be targeted for radio, that country radio will find enticing; so much so that he predicts that a format that has moved so dramatically in a pop direction in the two years since Taylor’s last release, and especially in just the last six to nine months since a major Taylor Swift single, will still be completely unwelcoming to Taylor Swift’s new material. That is how pop it is. More pop than Jerrod Nieman’s “Drink To That All Night” or Luke Bryan’s “That’s My Kind Of Night”. More pop than “We Are Never Ever Getting Back Together”. If this estimate of Taylor Swift’s new material is accurate, and if country programmers will be able to resist the urge to play Taylor to audiences as her Big Machine-backed singles blow up on Top 40 stations, then yes, it truly is time for country to say bon voyage to Taylor.

Then Scott Borchetta tells Rolling Stone, “But when she comes to town, her friends at country radio will come and see her.” This seems to allude that Borchetta and Taylor Swift don’t think they even really need country radio anymore, they’re planning without it, and can trump radio politics with the strength of Taylor’s touring might. They care so little about the acceptance of Taylor’s music by country, they’re downright flippant, unconcerned about it. And clearly these quotes are buttering up the public so when Taylor releases her first purely pop single, it doesn’t come as a complete shock. Though would it anyway, given her track record with Red?

There’s a couple of other interesting nuggets from the same small portion of the Rolling Stone piece talking about Taylor’s new album. Though the premise of the conversation is about how Scott Borchetta, unlike many of his Music Row bunk mates, actually extends quite a bit of creative latitude and freedom to his artists, it is also reinforced in the article that it was Borchetta’s idea to bring big pop producer Max Martin into Taylor Swift’s creative process in the first place.

“He’s allowed me to evolve on my own one year at a time,” Swift says about Borchetta to Rolling Stone, but the very next line in the article says, “But he did urge her [Taylor] to collaborate with Max Martin on her last album.”

This Max Martin decision is the arguably the most important, most defining moment in Taylor Swift’s entire career up to this point, and interestingly enough, it wasn’t instigated by her. It was Scott Borchetta that made the decision to bring Max Martin in, and the result has been a big shift from substantive songwriting with country pop flavor, to the pop-only, vapid stylings of Max Martin, bringing in dub-step and other influences completely foreign to country music, and resulting in shallow compositions like “We Are Never Ever Getting Back Together.” Of course Taylor Swift is not completely innocent in this dramatic, and defining career shift, but its origination point is undoubtedly Borchetta.

The story of Scott Borchetta barging in on Taylor Swift’s creative process during the making of Red in late 2012 was chronicled by Billboard:

“I said, ‘You know, this song isn’t working yet.’ They both looked at me (Swift and Nathan Chapman) with a blank stare. ‘The chorus isn’t elevating like it needs to. Where you’re wanting to take the song, it’s not going there. It needs a Max Martin type of lift.”

”¦ At that point Borchetta called Martin. Both Borchetta and Swift agree that it was a turning point for “Red”.

And it was a turning point in Taylor Swift’s entire career, putting her on a completely different path from what got her to where she was.

Who is Nathan Chapman that is referenced in the above quote? He is the producer who worked with Taylor Swift from day one, recording her first demos, and presiding over virtually all of her music up to Red, when a bevy of eight producers, including Chapman on certain songs, were brought in to work on, and in the Max Martin instances, co-write Taylor’s songs. Compare this to Swift’s previous album Speak Now where Swift wrote the entire album by herself, and produced it with help from Chapman alone.

We can’t assume that just because Max Martin has a majority stake in Taylor’s new album that there still won’t be moments of substance. The rules of the game are a little different in this instance. When Max Martin was brought in on Red, his sole purpose was to produce radio hits. Now, hypothetically, he will be employed to deal with a more diverse range of material. Still, it is concerning that Max Martin almost always insists on weaseling his way into a co-writing role of the songs he produces. This is what we saw with Red, and what we’ve seen with other Max Martin-involved projects.

What endeared Taylor Swift to America and had critics coming to her defense was the fact that however pop she was, her songs were sincere expressions from her directly. She was the superstar that was also the girl next door. The Max Martin material from Red shattered this perception, and also resulted in significantly less industry awards and accolades from both country music, and all-genre based awards. It also resulted in some of the biggest sales numbers of Taylor Swift’s career. Choosing to go with Max Martin is about trading commercial acceptance over artistic substance.

At the same time, a complete cutoff from the country music realm makes a lot of sense for Taylor Swift. What are the two biggest criticisms Taylor has faced over her career? That she can’t sing, and she’s not country. Since her debacle on the Grammy Awards with Stevie Nicks in 2010, Taylor has at least reined in her singing problems to some extent. And if she leaves country, this will put this long-suffering debate about if she’s country or not to bed for good.

So that’s good, right? Let Taylor Swift go. Let the pop world have her …. Except that she was one of the genre’s last female stars that could do battle with the men who have dominated the charts and radio, and despite the Max Martin-produced material from her last album and her early material that lacked maturity, Taylor Swift was one of the last vestiges of artistic substance mainstream country music could boast, even if she was in the genre artificially.

Country music lacks female talent. It can’t fill out the nominees for Female Vocalist of the Year at the CMA and ACM Awards even when Taylor Swift is included. All signs point to Taylor Swift wanting to shake free from her country music bonds, with the singles she released from Red, and now these quotes from Borchetta that in many respects don’t seem to be taking into account the realities of country radio. But there’s no guarantee country music is willing to play ball with Taylor Swift’s departure. Country music needs Taylor Swift, and it will be unwilling to forfeit the opportunity to have her sales and touring force fall under its umbrella without a fight.

If Taylor Swift is truly leaving country, it’s hard to declare a victory for country music here, or for Taylor Swift. Without the support of country, and with the presence of Max Martin, there’s likely going to be a lot less trophies adorning Taylor’s mantle. At the same time Taylor Swift is now free to do what she wants …. or what Max Martin wants to do with her.