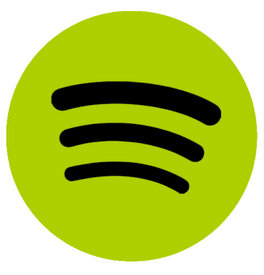 As said by Saving Country Music in the review for Taylor Swift’s new 1989 album, “It is the most relevant, most important album released in country music in the entirety of 2014, let alone in music overall…even though it’s not country….Thinking otherwise is vanity, and ill-informed.” Now we are seeing this play out as a host of country artists have pulled their newest albums from Spotify, following Taylor Swift’s lead of leaving the streaming giant, and making country music the genre leading the Spotify exodus.

Taylor Swift’s 1989 was never released to Spotify, and this is being given credit by many in the industry for Swift putting together the best sales week for any album since 2002—in a rapidly-depreciating sales environment mind you. Now her former country music bunk mates are following suit.

On Monday, Jason Aldean pulled his latest record Old Boots, New Dirt from Spotify—a big loss for the company from one of country’s biggest stars, and one who has set streaming records. Old Boots, New Dirt set a new record for best-ever debut week for a country album with more than 3.04 million streams. Aldean and his label have yet to speak publicly about the decision.

Subsequently, Brantley Gilbert, whose 2014 release Just As I Am has been receiving surprising sales numbers, has also been pulled from Spotify. All that remains on the streaming service is his single “Bottom’s Up.” Gilbert shares the same label as Taylor Swift. They both operate under Scott Borchetta’s Big Machine Label Group.

And another Big Machine artist, Justin Moore, has also scrapped his latest album, 2013’s Off The Beaten Path from Spotify. This has put both Spotify, country music fans, and the entire industry on watch to see what country artist may be next to diss the music streamer, while there has yet to be any major names from the pop or rock worlds make similar moves.

It also should be pointed out that another big release, Garth Brooks’ Man Against Machine will not be making it to Spotify, though we’ve known for a while the superstar would be going his own route with GhostTunes. Nonetheless, it is another landmark release from a country artist that won’t be featured in the service. As country music continues to dominate the overall music marketplace, these developments can’t be good for Spotify.

One wonders however what material gain Jason Aldean, Brantley Gilbert, and Justin Moore expect to land by pulling their albums from Spotify now. Will this move stimulate higher physical and download sales like it did for Taylor Swift? That hardly seems likely, since most core country fans will have already either purchased the album, or streamed it on Spotify previously.

Something else going under-reported about the Spotify exodus is that it is not happening to music streaming overall. For example, Taylor Swift’s 1989, and all the other country albums pulled from Spotify still remain on the streaming service offered by Beats. The issue is not necessarily streaming in general, but with Spotify specifically, whose free option and minimal payouts was causing controversy way before the Taylor Swift decision.

Taylor Swift explained to Yahoo why she decided to pull her music from Spotify.

all I can say is that music is changing so quickly, and the landscape of the music industry itself is changing so quickly, that everything new, like Spotify, all feels to me a bit like a grand experiment. And I’m not willing to contribute my life’s work to an experiment that I don’t feel fairly compensates the writers, producers, artists, and creators of this music. And I just don’t agree with perpetuating the perception that music has no value and should be free. I wrote an op-ed piece in the Wall Street Journal this summer that basically portrayed my views on this. I try to stay really open-minded about things, because I do think it’s important to be a part of progress. But I think it’s really still up for debate whether this is actual progress, or whether this is taking the word “music” out of the music industry. Also, a lot of people were suggesting to me that I try putting new music on Spotify with “Shake It Off,” and so I was open-minded about it. I thought, “I will try this; I’ll see how it feels.” It didn’t feel right to me. I felt like I was saying to my fans, “If you create music someday, if you create a painting someday, someone can just walk into a museum, take it off the wall, rip off a corner off it, and it’s theirs now and they don’t have to pay for it.” I didn’t like the perception that it was putting forth. And so I decided to change the way I was doing things.

Spotify responded to Taylor Swift, saying they have paid out over $2 billion dollars to music makers.

“Taylor Swift is absolutely right: music is art, art has real value, and artists deserve to be paid for it,” says Spotify CEO Daniel Ek. “So all the talk swirling around lately about how Spotify is making money on the backs of artists upsets me big time…We’re paying an enormous amount of money to labels and publishers for distribution to artists and songwriters, and significantly more than any other streaming service.”

Spotify also says that without their service, Piracy would become an issue again. “Here’s the overwhelming, undeniable, inescapable bottom line: the vast majority of music listening is unpaid. If we want to drive people to pay for music, we have to compete with free to get their attention in the first place.”

However Taylor Swift’s rebuttal has been that there needs to be an overhaul of the cultural mindset revolving around music. When her album 1989 leaked online, her fans confronted people downloading the album illegally, asking why they would want to steal someone’s creative work. Judging from the sales of 1989, the pirated leaks did little to hurt overall sales, though this might not be the case for other artists.

Meanwhile the Spotify watch is up for country music and beyond. Who will be next to vacate the streaming service, and are we seeing a brand new era emerge in how music is bought and sold?