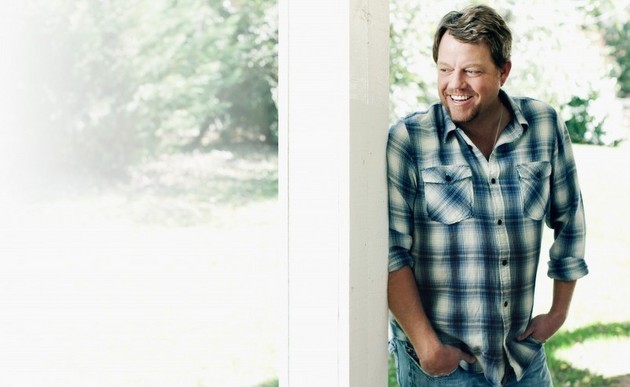 That’s the term most artists dread being labeled, unless they embrace the direction of making as much money as possible from the beginning of their career and can never sell out because they never sold in, and their concise is immune to such concerns.

And then there’s Pat Green.

To say that Pat Green’s career arc has been unusual doesn’t even begin to explain the half of it. Starting out completely independent in Lubbock, TX, recording albums on his parents’ dime produced by Lloyd Maines, he became a Texas country hero and one of the very first superstars of the burgeoning subgenre during its heyday of the late 90’s. Stars like Waylon, Willie, and Joe Ely were strong influences on Pat, and one of his big breaks came when he played at Willie Nelson’s 4th of July Picnic in 1998. He was considered a mverick, maybe even an Outlaw. Next thing you knew he’d sold 250,000 albums without a label. In early 2001, he released his first of two Songs We Wished We’d Written volumes with Cory Morrow that included a cover of Waylon’s “Are You Sure Hank Done It This Way.”

Then came a big Miller Lite endorsement, and then the major label. Universal Republic came calling, and not far behind were image consultants, frosted hair tips, shell necklaces, spangly shirts and jean pockets, as well as big-selling albums orchestrated by Nashville producers and consisting of mainstream chart hits. Though Pat never hit the serious big time, and many of his album sales continued to rely on the strong grassroots he’d cultivated in Texas, his 2003 single “Wave On Wave” reached #3 on the country charts—a remarkable feat for a Texas artist. In 2004, he was nominated for the ACM’s New Artist of the Year right beside Dierks Bentley and Josh Turner.

But as Pat was drawn deeper and deeper into the same Nashville machine he’d spent the first portion of his career shying away from and spitting venom at, the calls of “sellout” grew louder and louder. If Pat hadn’t first made his way in the music world independently, and clearly knew better than to fall prey to big producers and image consultants of Nashville, maybe it would have been a different story. Pat wasn’t just a sellout, he was a turncoat, which made him reviled in many of the same circles he helped create in the Texas country scene. 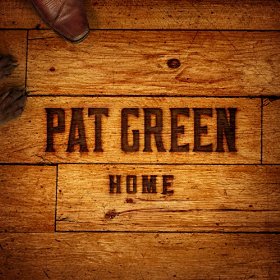 Pat isn’t really isn’t shying away or disputing any of these accounts of his history these days. If anything, he’s embracing them, and in certain moments of his new album Home, singing about them. Publicists, labels, and managers love to craft talking point narratives around album releases to give something for the artist to reinforce in interviews with the media and such. In the run up to the release of Home, one of Pat’s talking points has been his sellout past. He says he made the decision to go the commercial route to make the effort to provide for his family, and though he’s not necessarily proud of it, he’s not running from it or denying it either. It’s just as much a mark of his musical story as anything.

“Yeah I was young, like an old gunslinger, shooting the finger off to any and everyone,” the title track of the new album released through Thirty Tigers starts off. If Green accomplished nothing else on the album, he strikes a chord with “Home” that is incredibly personal, self-reflective and deprecating, and a brutally-honest assessment of an artist by his own pen. “I was blind to the game, I sang the wrong song,” the assessment continues, “and disappeared for way too long,”—-alluding to the extended hiatus in Pat’s career that led up to this new release.

This is not the only song on Home where Pat draws from his personal narrative and shortcomings for inspiration. “While I Was Away” scores an emotional mark too as you hear Pat reminiscing on the passing of time, and the parts of life he’s missed with his kids while on the road making music. Even though the song was written by fellow Texas country singer Zane Williams, it’s true enough where it could be Pat’s own.  “I’ll Take This House” is another song inspired by family, and the strength and fulfillment Pat has found post his major label career. “You can keep your mansions full of money . . . I’ll take this house.”

Without anyone left to please but himself, Pat Green is free to exorcise his demons, get some stuff off his chest, make the album he wants to, and hopefully reconnect with those grassroots in Texas country that once helped carry him to the top, and he once turned his back on. To some his name will continue to be mud, but that doesn’t mean his musical output will be.

Pat also takes to opportunity to collaborate with some friends on the new record, including Delbert McClinton, Lee Roy Parnell, and Marc Broussard. “Girls From Texas” is a duet with Lyle Lovett, and though it’s always great to hear Lyle’s voice, especially in collaboration with another, this song about Texas girls that lists off other states and the virtues of the females found there feels like it’s been done 1,000 times. Though there’s nothing wrong with it, “Right Now” with Sheryl Crow might have been the most forgettable track on the album.

Green throws you a curve ball with “Bet Yo Mama”—a sort of Buddy Guy blues song that might be considered misogynist if it wasn’t so anachronistic. It’s a pretty weird anomaly on this track list, but not entirely bad. “Life Good As Can Be” is the type of song that Pat Green has built his career upon—decently-written material that tells a story and gives off a positive vibe. “Day One” is just a damn well-written song, plain and simple. Some are quick to draw no distinction between mainstream country and Texas country, especially when it comes to artists like Pat Green. But the use of story in a song like “Day One” is what separates the two, and gives Texas country the edge in quality and impact on the listener.

The sound of Home is what you would expect from a Pat Green record, and frankly, is one of the drawbacks of the effort. The music settles down in the sort of country pop rock indicative of much of Texas country, especially from the hair highlights crowd of the late 90’s and early 2000’s that Pat Green is a product of. Compared to what passes for “country” today it may sound refreshing, but the music of Home refuses to take chances, and though not hard on the ears, resolves to be incredibly unremarkable, aside from Pat’s efforts to make sure his songs deliver an affable melody, and the traditional leanings of his Lyle Lovett duet.

It feels refreshing to receive an album like this from Pat Green. A country fan is so used to being let down these days, it’s almost expected a new Pat Green record could only go one way, especially considering his past history. This is a Texas country pop release with a few pretty forgettable songs, but some really personal and well-written moments that regardless of style, shouldn’t be discounted because of past trespasses. All we can ask from artists in the 40’s is to continue to attempt to improve. By bearing his soul, getting personal, and being willing to admit his past mistakes, Pat fairly well redeems himself. And just like the parable of the lost son who returns home teaches, there’s no reason not to embrace it, if it lies in your listening wheelhouse.