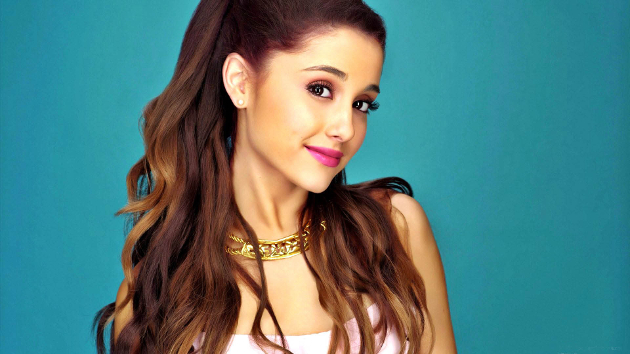 Pop star Ariana Grande is saying “hell yeah” she would do something in the country realm, and her timing couldn’t be better. As pointed out by periodicals as diverse as Saving Country Music and The New York Times, country collaborations with pop stars are all the rage as vapid stars look to gain chart traction for terrible singles in the post-Apocolyptic landscape that is mainstream country after the implosion of Bro-Country.

“My grandpa, he always wanted me to do something in the country world. I don’t know if that would ever happen, [but] if that opportunity comes along, I’d have to say, ‘Hell yeah!'” Ariana Grande tells Entertainment Tonight in a new interview. “My grandpa was like, ‘You need to do a country song,’ So, [I] gotta make that happen someday.”

Grande went on to pinch her thumb and finger together in the universal sign of “barely anything” to describe her country music knowledge, but said her dad used to listen to the Dixie Chicks while she was in the car, “so that’s the most country I’ve been exposed to.”

Well shit, then come on in! That’s still probably more than Chris Lane. It sounds like Ms. Grande has read Saving Country Music’s handy Country Music Collaborator / Interloper Field Guide which tells prospective country music migrants to “explain how some member of your family listened to country music and you were exposed to it from an early age.”

But what Ariana Grande forgot, what the Entertainment Tonight interviewer forgot, and what the entire world has forgotten (except your astute country music tour guide here at Saving Country Music) is that Ariana Grande actually has taken a dive into the country music world. The reason nobody remembers is because it was completely forgettable. At the 2014 CMA Awards Ariana Grande came out wrapped in a neon rope and performed her dumb song “Bang Bang” with the hapless Little Big Town backing her up.

It was so stupid, pointless, and awkward, even industry mouthpiece Billboard said at the time, “Even though we knew Grande would be there, we weren’t expecting her performance to be so straight-up pop. It was a weird moment — especially for an ostensibly country awards show — but it was definitely memorable.”

May want to revise that last part Billboard.

It’s only a matter of time before Ariana Grande’s dressed in overalls and jumping around in a fucking Cole Swindell video.